Sringeri matth which is also known as the Sringeri Sharada Peeta administers the Sringeri Sharada temple as well as many other activities in this temple town. Sringeri is located on the banks of the gently flowing river Tunga, about 100 km from Mangalore in Chikmagalur district in the midst of verdant greenery and plantations.

Sringeri matth is considered to be one of the important matths established by Sri Adi Shankaracharya and is one among the four Advait matths. The ancestry of the matth is shrouded in mystery but is largely believed to have existed since the 8th century, though there are interpretations that the Sringeri matth could have been existence from much before that date. However, from the 14th century onwards, extensive documentation of the matth’s activities is available. The matth is headed by a Jagadguru who is entitled to the term Shankaracharya and the current Jagadguru is Sri Bharati Tirtha.

Apart from the religious activities of the temple, Sringeri matth is involved in a lot of educational and social programmes. In the temple premises is a research wing called the Sri Shankara Advait Research Centre. In addition, the Sringeri matth runs many Vedic schools, temples, colleges and a hospital. It contains a library which scores of books but interestingly, there are also ancient texts and rare books preserved here. A publication wing takes care of publishing books on religion, spirituality and related things including those aimed at promoting Sanatana Dharma. It has also undertaken many steps and programmes in the area of environment conservation and protection owing to the fact that it is located in the rich forest area of the Western Ghats.

Jagadguru Sri Adi Shankara Bhagavatpada established the first of the four Amnaya Peeths at Sringeri more than twelve centuries ago to foster the sacred tradition of Sanatana Dharma. The matth is in the temple town of Shringeri on the banks of the Tunga River in Chikmagalur district, Karnataka, India. It is about 105 kilometres from Mangalore.

The origin of the mattha is described in various traditional sources, including the Śankara Vijaya of Mādhava. Adi Shankara is said to have lived here for twelve out of his short life-span of thirty-two years.

According to legends, Shankara and his four disciples, accompanied by Bharati, an incarnation of Goddess Saraswati reached Sringeri on an exceptionally hot noon, and as they proceeded to the river Tunga for their ablutions, they saw a frog struggling in the blazing sun to be delivered of its spawn. A cobra, a natural enemy of frogs, had raised its hood to provide the frog with shelter and protection from the ravages of the tropical sun. Shankara was greatly moved by the sight. If there was paradise on earth, here it was, where the lion and the lamb, the tiger and the cow, the cobra and the frog lived in mutual amity and peace. He turned round when, as she had already stipulated, Bharati, known also as Sharada, decided to stay for good at Sringeri on the banks of the sacred river Tunga.

Vishwarupa, assuming the name of Suresvaracharya, was installed here as the successor of Shankaracharya before the latter resumed his tour to found his three pithas at Puri, Dwaraka and Badrinath. Thus, the mattha traces its lineage from Suresvaracharya.

Tradition has it that after the Acharya had dispersed all the non-Vedic creeds prevailing in the country, He was on the look-out for a convenient and holy place where he could establish an institution to spread the truths of Advait Vedanta. When the Acharya came to Sringeri, he saw an unusual sight on the banks of the Tunga. A cobra was seen spreading out its hood over a frog in labour pains, to give it shadow from the scorching mid-day sun. Struck with the sanctity of the place, which could infuse love between natural adversaries, the Acharya chose this very location to establish His first Matth.

With such a rich history associated with Sri Adi Shankaracharya’s first and foremost Peeth, many wonder at the aptness of the Acharya’s choice of locating the Peeth at Sringeri, a spot replete with a hoary past, and bountiful with natural splendour and serenity.

Today, the Sringeri Sharada Peeth bedecked with an unbroken chain of Acharyas continues to uphold the principles of Sanatana Dharma with the 36th Acharya Jagadguru Shankaracharya Sri Sri Bharati Tirtha Mahaswamiji acting as a treasure of spiritual wisdom and peace for all seekers.

Sankara was born in a very poor family in the year 788 A.D. in a village named Kaladi, six miles to the east of Alwaye, Kerala. Kaladi is a railway station, on the Kochi-Shoranur rail link. Sankara was a Nambudiri Brahmin. Rajasekhara, a Zamindar (a rich landlord), built a Siva temple in Kaladi and formed an Agrahara for Brahmins who were in the service of the temple.Vidyadhiraja was doing Puja (worship) in the temple. He had only a son named Sivaguru. Sivaguru studied the Shastras and married at the proper age. He had no child. He and his wife Aryamba prayed to Lord Siva to bless them with a son. A son was born to them in the Vasanta Ritu or the spring season at noon, in the auspicious Abhijit Muhurta and under the constellation Ardhra.

Tradition has it that after the Acharya had dispersed all the non-Vedic creeds prevailing in the country; He was on the look-out for a convenient and holy place where he could establish an institution to spread the truths of Advait Vedanta. When the Acharya came to Sringeri, he saw an unusual sight on the banks of the Tunga. A cobra was seen spreading out its hood over a frog in labour pains, to give it shadow from the scorching mid-day sun. Struck with the sanctity of the place, which could infuse love between natural adversaries, the Acharya chose this very location to establish His first Matth.

Activities at the Matth

Twelve centuries ago, Jagadguru Sri Adi Shankaracharya travelled throughout India and firmly established the correct import of Vedanta as Advait. Sri Shankaracharya, with remarkable foresight, established the four Amnaya Peeths at Sringeri, Dwaraka, Badarinath and Puri to uphold the hoary tradition of Sanatana Dharma that He had revived and to deliver the teachings across generations to come.

In the early centuries after the time of Sri Adi Shankaracharya, the Dakshinamnaya Sri Sharada Peeth at Sringeri functioned primarily as a localized centre of excellence in the study of the Shastras and Vedic observances, with the Peethadhipatis serving principally as guides to spiritual seekers approaching them.

By the 14th century, the Peeth became a Mahasansthan due to the brunt of the philosophical genius and statesmanship of Jagadguru Sri Vidyaranya, one of the most prolific writers in Advait Vedanta after Sri Adi Shankaracharya.

From these times, the Jagadgurus started taking active steps towards the propagation of Sanatana Dharma, primarily by undertaking Vijaya Yatras and benefitting a greater section of the society.

Over the last couple of centuries, the activities of the Peeth towards the sustenance and propagation of Sanatana Dharma have intensified. The Jagadgurus of the Peeth began touring extensively establishing branches of Sri Sharada Peeth, Sringeri in holy towns and important locations, and setting up traditional learning schools or Pathashalas.

In the present-day, in an increasingly adhesive society where barriers of distances and boundaries are being broken and the world is evolving into a global village, the Peeth has widened its areas of contribution to involve education, healthcare, and many social and charitable activities.

The activities of the Peeth take place through the leadership of an Administrator & CEO under the direction and inspiring guidance of the Jagadguru Shankaracharya Sri Bharati Tirtha Mahaswamiji. 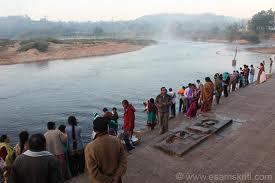 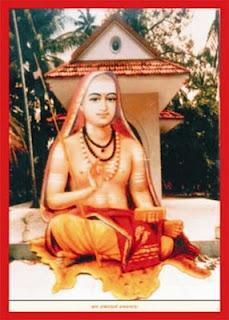 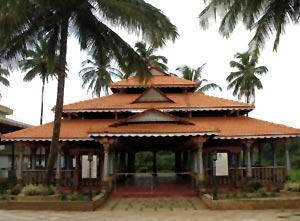 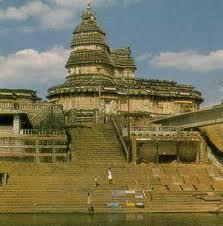