In the 1960s, Western ‘seekers’ met Lama Thubten Yeshe and his main student Lama Zopa Rinpoche in Northern India, and having requested teachings from the Lamas, together they sought out a suitable site for instruction.

They found property on Kopan Hill in Kathmandu, Nepal, and the first annual ‘One-Month Meditation Course’ was held at Kopan Monastery in November 1971. In response to the ever-growing demand from their Western students, the Lamas decided to open a sister centre which was intended to be used for retreats and they decided to locate it in McLeod Ganj, Dharamsala, which was home to many of their teachers.

In 1972, along with a few of their Western students, Lamas Yeshe and Zopa bought an old colonial house on a hill above McLeod Ganj (near the village of Dharamkot), and Tushita Retreat Centre (which was later renamed Tushita Meditation Centre) was founded. Tushita means ‘The Place of Joy’, the pure land of the coming Buddha Maitreya.

During these early years, students came mainly from Kopan monastery; after having done the famous November course at Kopan Monastery they did retreats at Tushita, some stayed for months, some even for years!

Tushita has developed a lot since then. Increased interest in Buddhist Philosophy and Meditation among Westerners meant demand for courses grew, especially after His Holiness the Dalai Lama received the Nobel Peace Prize in 1989. Lama Zopa Rinpoche (who became our spiritual director after Lama Yeshe passed away in 1984), decided that Tushita could no longer give priority to a few experienced people doing retreats and the centre started giving courses on a regular basis, emphasising access for those new to the Buddha’s teachings.

Nowadays Tushita’s 10-day residential Introduction to Buddhism courses are extremely popular. Many people from all over the world have been introduced to the teachings of the Buddha at Tushita. Very often course participants comment to us that attending an introductory course at Tushita was definitely one of their highlights on their trip in India and that Tushita has a special place in their hearts.

A centre for the study and practice of Buddhism in the Tibetan Mahayana tradition located in the forested hills above McLeod Ganj – the seat in exile of His Holiness the Fourteenth Dalai Lama.

Tushita aims to provide a friendly and conducive environment for people of all nationalities to contact, learn and put into practice the teachings of the Buddha. With this in mind we organize regular introductory courses on Buddhist philosophy and meditation, as well as practice retreats and advanced courses for experienced students. We also have retreat rooms and huts for experienced meditators to do individual retreats. Only people who are doing retreat or attending a course can stay at Tushita.

His Holiness the Dalai Lama

Inspiration and Guide of the FPMT & Tushita Meditation Centre

His Holiness the 14th Dalai Lama, Tenzin Gyatso, is the head of state and spiritual leader of the Tibetan people.

His Holiness was born on 6 July 1935 in Taktser village in northeastern Tibet to a peasant family. His Holiness was recognized at the age of two as the reincarnation the 13th Dalai Lama and is an incarnation of Avalokitesvara, the Buddha of Compassion.

His Holiness began his monastic education at the age of six. At twenty three he passed his final examination with honors and was awarded the Geshe Lharampa degree, equivalent to a doctorate of Buddhist philosophy. His Holiness describes himself as a simple Buddhist monk.

Founder of Tushita Meditation Centre and the FPMT

Founder of Tushita Meditation Centre and the FPMT – Lama Thubten Yeshe was born in Tibet in 1935. At the age of six, he entered Sera Monastic University in Tibet where he studied until 1959, when as Lama Yeshe himself has said, “In that year the Chinese kindly told us that it was time to leave Tibet and meet the outside world.” Lama Thubten Yeshe and Lama Thubten Zopa Rinpoche, together as teacher and disciple since their exile in India, met their first Western students in 1965. By 1971 they settled at Kopan, a small hamlet near Kathmandu in Nepal.

In 1972, in response to the ever-growing demand from their Western students, the Lamas decided to open a sister centre, which was intended to be used for retreats. They decided to locate it in McLeod Ganj, Dharamsala, which was home to many of their teachers, and so Tushita Retreat Centre (which was later renamed Tushita Meditation Centre) was founded.

Spiritual Director of the FPMT and Tushita Meditation Centre – Lama Zopa Rinpoche was born in 1946 in Thami, in the Mount Everest region of Nepal, not far from Lawudo cave where his predecessor had meditated for the last 20 years of his life.

Lama Osel was enthroned at Tushita, which had been one of Lama Yeshe’s favorite places to stay, at the age of three.

Buddhism Courses: Tushita aims to provide a friendly and conducive environment for people of all nationalities to contact, learn and put into practice the teachings of the Buddha. With this in mind we organize regular introductory courses on Buddhist philosophy and meditation.

Tushita has gained an international reputation for its Introduction to Buddhism courses, which are equally appropriate for beginners and those with some background knowledge. These courses are residential and usually 10 days long.

To study about Buddhist Philosophy is to study about yourself. During the course, experienced teachers explain Tibetan Buddhist philosophy and meditation from a modern perspective, giving instruction in order to help you apply this ancient wisdom to increase peace, happiness, and compassion in your daily life. Topics include:

The body of the course is composed of philosophy classes supported by meditation sessions, all within a silent retreat environment. 10-day courses end with two days of intensive meditation to give you the chance to familiarize yourself with and gain insight into the topics that were covered in the teachings.

Intermediate Courses: It offers courses for students who are ready to explore Buddhist Philosophy even more deeply. These courses offer a rare opportunity to study specific topics or texts with experienced teachers in small groups – if you have the time, grab the opportunity!

These courses are for students who already have a fairly stable understanding of the core concepts within Tibetan Buddhist Philosophy; here at Tushita, our courses follow a traditional presentation of teaching known as the Lam-Rim (The Graduated Path to Enlightenment).

This is a systemized overview of Buddhist Philosophy and students of other traditions may not be familiar with some aspects of it. Therefore our Intermediate courses assume a solid understanding of the Lam-Rim.

Group Retreats: Tushita offers four group retreats for Buddhist practitioners every year. These retreats are intended for dedicated practioners with a commitment to the Buddhist path who desire to deepen their experience with an extended period of practice focusing on a particular deity.

Pre Ordination Course: Tushita’s Pre-Ordination Course is designed for those who have already been accepted by the Office of His Holiness the Dalai Lama for ordination in that same year (please note that there is no certainty if and when His Holiness gives ordination until it really happens – so please come with an open and flexible mind!), or those recently ordained getsuls (srameneras), getsulmas (srameneris), gelongs (bhikkshus) and gelongmas (bhikkshunis) of any tradition. 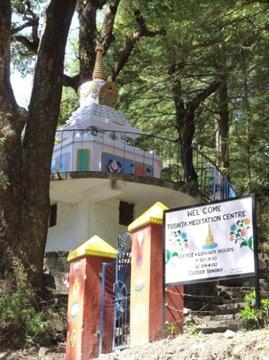 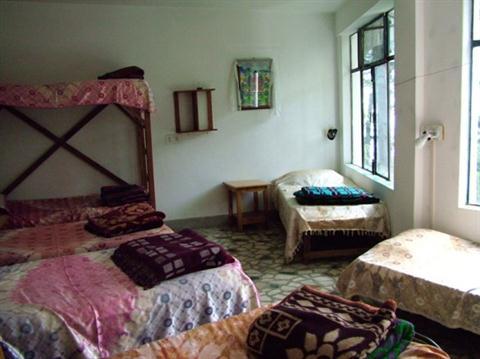 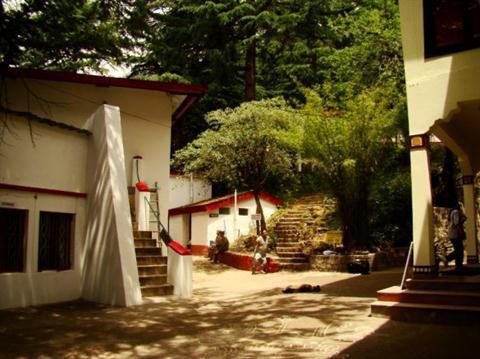 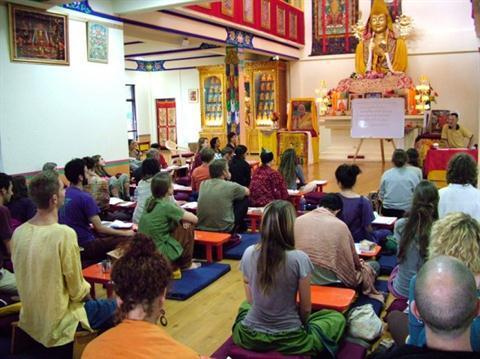