In: Ashtvinayak, Travel
With: 0 Comments

The Siddhivinayak Ashtavinayak Temple at Siddhatek is amongst the most famous temples in India. It is said that that Lord Vishnu acquired his siddhi (power) at the Siddhatek Mountain. Lord Vishnu is supposed to have vanquished the demons Madhu and Kaitabha after propitiating Ganesha here.

Location of the Temple – Siddhatek is a remote little village along the river Bhima in the Ahmednagar district in Maharashtra. 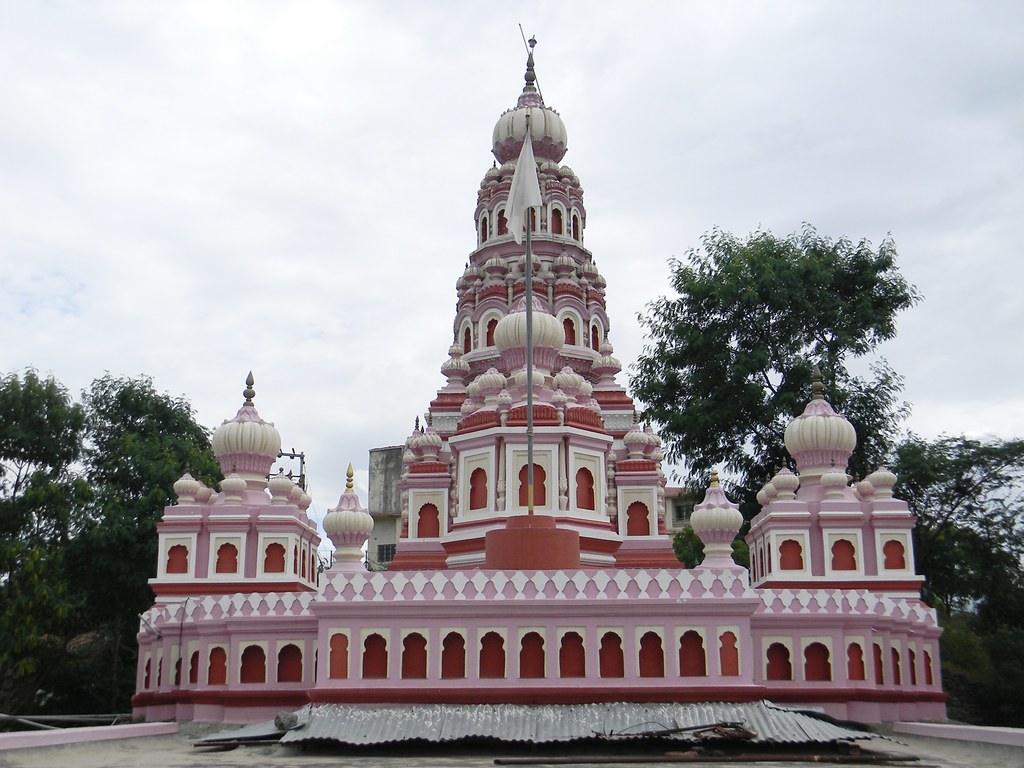 Legend of the Temple – Siddhatek is famous in Hindu mythology as this is the place where Lord Vishnu defeated two ferocious demons Madhu and Kaitabha, and achieved siddhi after battling with them for thousand years.

In times of yore, Lord Brahma conceived the idea of starting a universe and filling it with beautiful Nature. To accomplish this objective he, with all his tenacity and perseverance, kept on chanting the holy word ‘Om’ incessantly. Extremely delighted with Brahma’s penance, Lord Ganesha fulfilled his wish of introducing beautiful Nature to the universe.

However, when Lord Brahma was on his mission, Lord Vishnu fell asleep. Taking advantage of Vishnu’s idleness, demons Madhu and Kaitabha surfaced from Vishnu’s ears. The ferocious demons perpetrated atrocities against other gods and goddesses. Lord Brahma woke up Lord Vishnu as no one but Vishnu could overpower the demons. To seek a direction, Vishnu put the fight on halt and came in disguise as a Gaan kushal Gandharva and started singing. After listening to Vishnu’s celestial notes, Lord Shiva made an appearance and directed Vishnu to seek Lord Ganesha’s blessings for accomplishing the task. To achieve one’s true desire chanting of Shadakshari mantra is also extremely important, averred Shiva.

Lord Vishnu chose Siddhatek as his shelter for performing the rituals required for propitiating Ganesha. The pleased Ganesha granted Vishnu’s wish wholeheartedly. Vishnu installed the idol of Gajanan (Lord Ganesha) in a unique four-door temple constructed by him. Lord Ganesha assumed the name Siddhivinayak after granting all the wishes put forward by Vishnu, including defeating the two demons, Madhu and Kaitabha.

After this episode, Lord Brahma also became successful in creating this universe and filling it with Nature. On this happy note, Lord Ganesha got married to Brahma’s two daughters, Riddhi and Siddhi. Over time, the temple constructed by Lord Vishnu perished. Folklore has it that once a shepherd got the holy sight of Lord Ganesha here, following which he requested a priest to arrange puja for Ganesha propitiation. Finally, during the Peshwa rule in Maharashtra, the temple was reconstructed to become one of the holiest hubs of India.

Temple Architecture – The highway leading towards the temple is believed to be constructed by Peshwa’s general Haripant Phadake.

The Siddhivinayak Temple is along the Bhima River which flows southwards. The temple is North-facing and is on a small hillock. To make one round (pradakshina) around the temple one has to make the round trip to hillock. This takes about 30 minutes by moderate speed.

The inner sanctum of the temple which is 15 feet high and 10 feet wide is designed and constructed by Punyashloka Ahilyabai Holkara. The threshold of the sanctum is made of brass.

There is another belief that the temple is built by Lord Vishnu himself. Near the temple there are small temples of other gods like Lord Shiva, goddess Shitala, and Lord Vishnu.

Idol of the deity – The deity is placed facing north, and is a swayambhu. It is around 3 feet in height and 2.5 feet in width. Most interestingly, the deity’s trunk here is turned towards the right, unlike other Ashtavinayaks and ordinary temple idols. The right turned trunk manifests fiery and aggressive Ganesha. The stomach of the Ganesha is not shown wide. His wives Riddhi and Siddhi are depicted sitting on his one lap, while he is flanked by the idols of Jay and Vijay on either side.

Festivals celebrated in the Temple – In the month of Bhadrapad and Magh from the Pratipada to Panchami in the first half of the moon celebrations are held in the temple. During these days, after the Mahapuja and Mahabhog, a procession of the palkhi is carried around town in the evening from 8 p.m. From 10 p.m. to 12 midnight bhajans are sung and Dhooparti and Shejarti are conducted. In the morning at 5 a.m. the palkhi is again carried out in a procession and brought back by 8 a.m. when the Karpoor Aarti, on behalf of the local jagirdar, is conducted.

There is an interesting story behind Haripant Phadake’s philanthropic involvements in the temple construction. Phadake had lost his post as commander-in-chief with the Peshwas. To get back his revered post, he propitiated Lord Ganesha of Siddhitek. After his ceaseless prayers of 21 days, he was reinstated as commander-in-chief of the Peshwas. As part of his promise to the Lord, he built a stone pathway to the temple’s main door from the stones of the Badami-Castle which he won in his first fight as Army general.