Skandha, Muruga or Kartikeya is the Hindu God of war and victory and is the second son of Lord Shiva and Parvathi and is the brother of Ganesha. He is a popular deity in South India and the entire south is lined with many temples dedicated to this lord. The six most important shrines devoted to Lord Muruga in Tamil Nadu are collectively known as the ArupadaiVeedu. These six abodes are mentioned in Tamil Classics like Thirumurugaatrupadaiwritten by Nakeerar and in Thirupugazh by Arunagirinathar.

The sacred SkandhaPuran narrates various incidents from the life of Kumara or Karthikeya and there is a mention of the six temples or ArupadaiVeedu in it.  The six sacred shrines are Located ten kms away on the outskirts of the temple town of Madurai in Tamil Nadu, Muruga according to legends married Indra’s daughter Devasena also known as Devyani in this place. The beautiful temple is carved on a giant rock and the place is a wonderful example of architectural wonder. The life size sculptures and the artistically carved pillars are a pilgrim’s delight. The temple is quite ancient and it was built by the Pandava King Maravarman Sundara Pandyan with the later Nayak kings making substantial contribution to the structure. Located in the district of Tuticorin, this seashore temple on the Indian Ocean is in the extreme southwest of the Indian Peninsula. The origins of the temple are quite antiquated and there is a mention of the temple in the temple classics. Muruga is the lord of the Sena or the army chief and he vanquished evil personified by the demon Soorapadma. This episode is described in detail in the SkandhaPuran. A sacred well, the NaazhiKinaru located about 100 metres south of the temple is a major attraction here for two reasons, one the water in the well never dries up and secondly though the temple is on the seashore the water in it is not salty. Devotees are permitted to bathe in the well provided they do so by scooping the water in a vessel.The victory of Muruga over the demon is celebrated at the temple on a grand scale annually during the SkandhaShasti festival in the month of October- November. The festival is celebrated with great devotion and solemnity for six days. The last day after the SooraSamharam is celebrated as Kalyanotsavam between Lord Muruga and Devyani.  Devotees fast on all the six days and readings and discourses from the SkandhaPuran are held in Muruga Temples. The third abode Palani is also known as Thiruavinangudi. The temple is located on a hill 1500 feet above sea level. A flight of steps helps the pilgrims reach the hallowed temple. A haulage winch is also available to reach the top. The idol of the lord is an amalgam of minerals of high medicinal value and is believed to have been made by SiddharBhogar. There is a shrine dedicated to him inside the temple. (Siddha Purushas or siddhars are highly evolved souls who have super natural abilities or siddhis and there are many legends connected with them in Tamil Nadu.) The Lord here is called Dandayudhapani as he holds a staff in his hand. He has the appearance of a renunciate and is clad in a loin cloth. Legend has it that having lost the contest of winning a fruit with his brother Ganesha, he reached this spot and stayed there. Narada had given a fruit to Siva who in turn gave it to Parvati. The loving mother decided to give the fruit to either of her sons who would circumambulate the world and return first. Muruga took off on his vehicle peacock while Ganesha quietly went around his parents saying they meant the world to him. He won the fruit and when Muruga returned he found the contest was already over. Angry at being cheated he decided to stay in Palani severing his family ties until the Divine couple came there and pacified him. The temple, believed to have been built by ChemanPerumal of Kerala with later kings and chieftains adding many features over the centuries, is also famous for its Golden Chariot. A beautiful temple built on an artificial hillock lord Muruga turned teacher to his own father, Lord Shiva and expounded the holy pranava or OM in this place. Hence he is known as Swaminatha in this temple. The temple is situated on one of the tributaries of the river Cauvery on the outskirts of Kumbakonam, the nearest town. 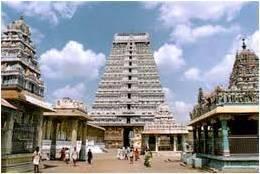 Situated about 85 kilometres from Chennai carved on a single rock 700 feet above sea level, the temple surrounded by many hills commands a panoramic view.  After his wedding with Valli, Lord Muruga came here and explained the importance of this hill to her. Lord Rama, the Mahabharat hero Arjuna, have all visited this place. Legends say that Lord Brahma, Lord Vishnu, Vasuki, the serpent have propitiated the lord in this temple. The Saravanapoigai or the sacred temple tank is where Lord Kartikeya was found by the kartigai maidens. 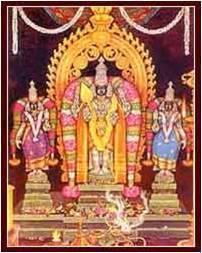 Twenty kms away from the temple town of Madurai is a hill called Vrishabadri. Atop the hill amidst groves and orchards is the lovely temple of Muruga in sylvan surroundings. The sacred Vel, the weapon of the lord is worshipped here and the lord along with his consorts Valli and Devyani is the presiding deity of the temple.

The six abodes of Muruga are found in places of sheer natural beauty, be it on top of a hill or on the shores of the sea and promise to offer solace and refuge to a sincere devotee.