Char Dham or Four Places are pilgrimage centres that are revered by Hindus. A Hindu is enjoined to visit these places atleast once in a lifetime. Situated across the length and breadth of the country these are, Badrinath in the North, Dwarka in the West, Puri in the East and Rameshwaram in the South. These have been mentioned by Jagadguru Adi Sankaracharya.

Char Dham and the Four Yugas 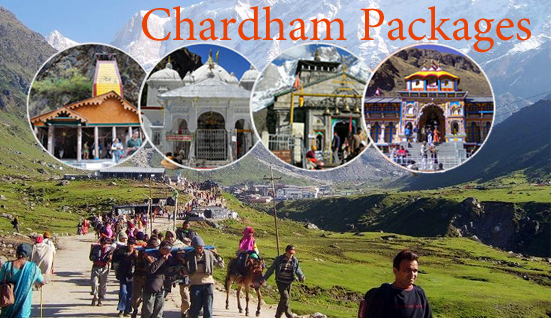 Badrinath, the first centre has as its presiding deities, Nara- Narayan who are  considered avatars of Mahavishnu. They were engaged in severe penance at the Badarikashram during the Satya Yuga. The place with its sylvan surroundings echoes with spiritual vibrations.

During the Treta Yuga, Lord Rama worshipped a linga made out of sand here at Rameshwaram during his triumphant return from Lanka after defeating Ravana. This is also a Jyotir Linga Shrine. This is the second of the Char Dhams and a Shaivite pilgrim centre.  Lord Shiva is worshipped as Rameshwar that is, god of Rama.

Dwarka is associated with the Krishna Avatar and the Dwapara Yuga. It was here that Krishna ruled and the place is filled with leelas associated with Krishna. This is the third of the Holy Dhams.

Jagannath Puri dedicated to Lord Jagannath, the lord of the universe represents the Kali Yuga.

These four places institutionalized by Adi Sankara are located at the four cardinal points of the country and traditionally the pilgrimage starts from the eastern end from Jagannath Puri proceeding as a pradakshina or circumambulation in a clockwise direction to cover the other holy shrines.

One has to clearly differentiate between this and the Char Dham Pilgrimage circuit that is being popularized by tour operators. This used to be known as Chota Char Dham and consists of a trip to Badrinath, Kedarnath, Gangotri and Yamunotri.