Bimala Khanda Shakthi Peeth is one of the important Adi Shakthi Peeth as mentioned in Shiva Purana, Kali Purana and Devi Bhagwath. This is the place where Devi Sati’s feet fell. At the shrine, Devi is worshipped as Vimala/ Bimala. Lord Jagannath, a form of Lord Krishna or Lord Vishnu is considered as Bhairav (Lord Shiva) of Devi Bimala. Bimala Devi is also considered as Lakshmi, the consort of Lord Vishnu.

Bimala Shakthi Peeth is located in Jagannath temple complex in Puri, Orissa. The temple is located next to Rohini Kund. Bimala Shakthi Peeth facing the eastern direction is located in the south west corner of the inner enclosure of Jagannath temple complex. The temple is well connected by rail. Nearest airport is Bhuvaneshwar. Bhuvaneshwar railway station or Khurda Road Junction on the main Howrah Chennai railway line is the nearest rail station.

Rath Yatra of Lord Jagannath held in Shravan masa (July- Aug) is a big tourist attraction. Lakhs of devotees including people from other countries also take part in the rath yatra. 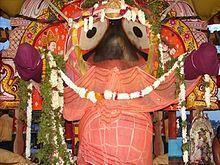 Bimala Shakthi Peeth is an ancient temple built in Deula style. It is a small shrine in the Jagannath temple complex. The principal deity in the shrine belongs to 6th Century. The temple is built of sandstone and laterite. The temple is built by the Yayati Keshari rulers of Somavashi Dynasty of South Kosala during 922- 955 and 1025- 1040. The temple was then renovated in ninth century during the rule of Eastern Ganga dynasty. Bimala temple is built similar (in terms of height and architecture) to the nearby Narasimha temple located in Muktimandap built in ninth century. Bimala Shakthi Peeth is an important place of worship for Shakthi and tantric worshippers. Devi Bimala is considered as the tantric consort of Lord Jagannath. Devi is also considered as the guardian deity of the Jagannath temple. The temple is open from 5.00 am to 10.00 pm.

There are four components to the temple namely Vimana Gopura, (sanctum) Jagamohana (assembly hall), nata mandapa (festival hall) and bhoga mandap (hall of offerings). The temple was renovated in 2005 and is maintained by the Archaeological Survey of India.

Vimana Gopura is the place where the deity is placed. The walls inside the sanctum sanctorum are bereft of any wall decorations. At the sanctum door are a flight of stairs leading to the Jagamohana. The exterior walls of Jagamohana are sculpted with the images of dancing women, elephants, deer etc, while the inner walls of Jagamohana do not have any decorations. There are two doorways, one leading to the Sanctum and the other to the Natamandapa. The natamandapa has no images sculpted on the outer wall, while the inner walls have paintings of the goddess in sixteen forms. Natamandapa is a later extension to the original temple. There are four doorways on each side of the wall. Inside the Bhoghmandapa, on the western inner wall is an eight armed dancing Ganesh, and twelve armed six head Karthikeya in a standing position. The exterior walls are not decorated. The ceiling has lotus design in the middle with the petals facing downwards. The Boghmandapa has four doorways opening on each side.

At the entrance of the temple is seen a lion riding an elephant signifying the victory of good over evil. The entrance to the sanctum Sanctorum is decorated with Shakthi and Shaivaite images along with images of goddess Durga in different forms.

The deity Devi Bimala has a rosary in the upper right hand. Her lower right hand is giving blessings or boon giving posture. Her lower left hand holds a pitcher filled with amrit (nectar). The deity is placed on a simhasana, a lion throne and has images of Chaya and Maya, the female attendants on either side. The image is made of lac, a type of wax. It is also said that Adi Sankararcharya established the Govardhana Matha in Puri with Bimala as its presiding deity in 8th Century. Devi Bimala was installed even before Lord Jagannath was installed in the central temple complex.

Devotees first visit Bimala Shakthi Peeth, and then visit Lord Jagannath. Anna bhogh offered to Lord Jagannath is sanctified only after offering to goddess Bimala. Hymns from Devi Mahatmya, Debyaparadhakshyamapana strotram by Adi Sankaracharya and Vimalashtakam composed by Purushottam Rakshit are chanted daily in the shrine. The Tirtha of Bimala Devi from Rohini Kund is considered a holy thirtha.

Durga Puja is celebrated in a big way. Festivities for Durga pooja also known as Shodasha Puja is celebrated for sixteen days from Badrapada Krishna ashtami  (Sep) to Ashwija Shukla Navami (Sep- Oct) and the tenth day is celebrated as Vijayadashmi. During Navaratri goddess Bimala devi is worshipped in different forms on each day for nine days. On Vijayadashmi day, the deity is worshipped by Gajapathi king of Puri (descendant of the erstwhile rulers of Orissa) as the goddess Durga is said to have slain the demon Mahishasura on this day. As the Devi is said to take a ferocious form on Durga Ashtami day, women are not allowed inside the temple.

Puranic reference about offering the remnants to goddess Bimala is that once Lord Shiva went to meet Lord Vishnu in Vaikunta. He saw few grains of food fallen on the ground. Lord Shiva picked up a grain and swallowed it quickly. But half of the grain had fallen on Lord Shiva’s beard without his knowledge. When Lord Shiva entered Kailash, Sage Narada who had come to meet Lord Shiva saw the half grain on Shiva’s beard and picked it and swallowed the half grain. Devi Parvati who saw all this through her mind’s eye protested saying that it was her right to eat the remnants. She complained to Lord Vishnu and then Lord Vishnu placated her by saying that in Kaliyug, she would live as Bimala/ Vimala in Puri and would daily get to eat the remnants of his food.

Durga Puja, is the only time in a year when separate food is cooked for Bimala Devi. She is offered non vegetarian food in the form of he-goat in the temple premises. Goddess Bimala is in ugra form (destructive), during Durga festival, thus an animal is sacrificed to placate her. An animal is sacrificed during pre-dawn hours before the doors of Lord Jagannath temple are opened for the morning rituals. Fish from the holy Markanda temple tank is cooked and offered to Bimala Devi according to tantric practices. Vaishnavites are denied entry into Lord Jagannath’s temple during the animal sacrifice ritual. Those who witness the animal sacrifice are given the Bimala cuisine or Bimala Parusa.