Godavari is the second largest river in India. It is also called as the Dakshin or South Ganga and the Vriddh or Old Ganga. Originating near the Triambak area of Nashik, Maharashtra, Godavari flows through the states of Andhra Pradesh, Orissa, Karnataka and Madhya Pradesh. In spite of being in the proximity of Arabian Sea, Godavari chalks out a longer course to drain itself in the Bay of Bengal. The major tributaries of the river are Manjira, Sarbari, Bindusara and Indravati. The Godavari traverses many urban areas such as Nagpur, Nashik, Rajahmundry, Aurangabad and Balaghat. Godavari is also considered to be one of the seven sacred rivers of India. The other sacred rivers of the country are as follows:

All the above mentioned seven sacred rivers originate from the melted glaciers of the Himalayas.

In India, a river does not merely serve the purpose of irrigating the fields. They are also considered to be of extreme religious significance. Infact, they are worshipped as Goddesses and numerous festivals and rituals are celebrated on the banks of these revered rivers.

As per mythology, Godavari, one of the most sacred rivers of India, is believed to be the sister of Ganga. It is believed to have originated from the jata of Lord Shiva, while he was meditating on Mount Kailash. In Hinduism, it is believed that taking a dip in this holy river washes away all the sins. Godavari is also a very important place for tourism and has many temples built across its banks. Many ardent devotees such as Chaitanya Mahaprabhu and Baladeva are believed to have visited this auspicious place. The Pushkaram fair is held on the banks of the Godavari once in twelve years. The river is also known as the Dhakshin Kasi in Rajahmundry.

According to legend, it is believed that Sage Gautama had once committed the blasphemous sin of killing a cow unintentionally. The cow is considered as an extremely holy animal in Hinduism. Seeking redemption for his sin, Sage Gautama prayed to the Holy Trimurti i.e. Brahma, Vishnu and Shiva. The ardent prayers of the sage made the Gods bring the river Godavari to earth. Satisfied with the devotion of Sage Gautama, Lord Shiva also gave some water from his Kamandalu. When the waters of the just descended Godavari River flowed over the dead cow, Sage Gautama sprinkled the water Lord Shiva had given him and the dead cow came back to life. Thus, Sage Gautama was redeemed of all his sins.

It is also believed that a childless woman conceives a child when she drinks the holy waters of the River Godavari.

A temple has been dedicated to the Goddess Godavari at Nashik, Maharashtra. Another very important temple is the Kala Rama temple in Nashik, where thousands of devotees visit to take a holy dip during Ashadi Ekadasi day. River Godavari is also considered as one of the 12 Pushkaram Rivers.

As per another legend, at Panchavati, located in Nashik on the banks of the River Godavari, Lakshmana (brother of Rama) had cut off the nose of Surpanakha (Sister of Ravana). Both Rama and Laksmana are believed to have taken the ritualistic bath in Godavari, upon hearing about the demise of their father, King Dasharatha.

Another legend has it that Sage Gautama was married to the very beautiful Ahalya. Lord Indra upon learning about her beauty had lusted for her. To get closer to her, Lord Indra disguised himself as Sage Gautama and embraced her. Upon seeing this, the angry sage cursed Ahalya to turn into stone and also cursed Lord Indra to a life full of diseases. The curse to Ahalya was later absolved by Lord Rama. After severe and extreme penance, the curse to Lord Indra was absolved when he took a dip in the holy waters of Godavari. The River Godavari was brought down upon the earth to end the curse of Lord Indra.

The major pilgrimage sites on the banks of River Godavari are as follows:

o   Nashik- Believed to be one of the four Sinhasta Kumbh Melas.

o   Triambakeshwar- Believed to host one of the twelve Jyotirlingas and also an ancient temple of Lord Shiva.

o   Paithan- The major sites are the native place of Saint Eknath, the Jayakwadi Dam and Sant Dnyneshwar Udyan.

o   The other major sites are Bhadrachalam, Rajahmundry, Pattiseema, Antarvadi and Konaseema. 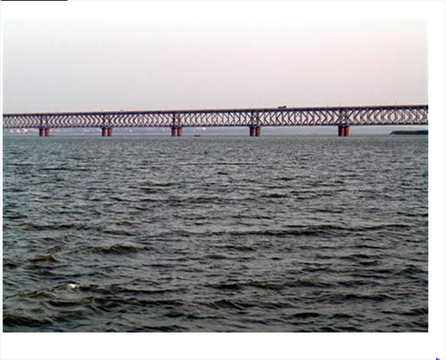 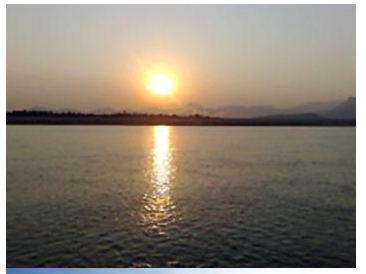 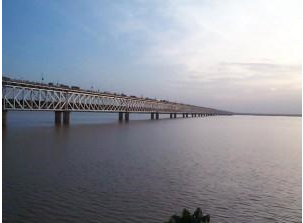 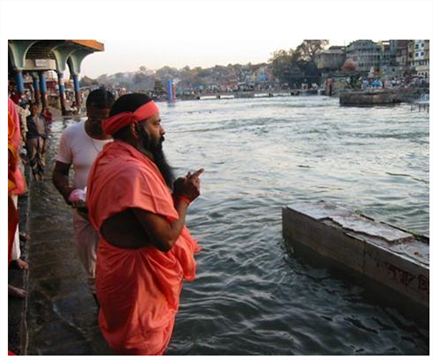