Linga in Sanskrit means a mark or a symbol. It is the symbol of Lord Shiva in his formless manifestation. The Linga is mysterious, powerful and aids in the concentration of the devotee who can focus on the energy emanating from the sacred symbol to concentrate on the indescribable, omniscient Supreme. This is the prime reason behind installing lingas in Shiva temples. Overtime the Linga has come to stand for creation. The Jyoti Linga is the symbol in the form of light. Light dispels darkness- tamas and ignorance –agyan.

The Shiva Maha Puran narrates the legend of Shiva transforming himself into a huge column of light, the Jyotir linga, to test Lord Vishnu and Lord Brahma. They had asserted their supremacy and consequently Shiva wanted to test their claim. The two contestants set out in either direction to seek the beginning and end of this luminous pillar. Vishnu conceded defeat unable to do so. Brahma on the other hand lied that he had found out the end of the blazing column. Shiva cursed Brahma for having lied that he would have no place in ceremonies. The holy sites where Shiva appeared as the shining column of light are revered as Jyotir linga shrines. Originally it was mentioned that there were 64 jyotir lingas but overtime their number was fixed as 12 and each of these take the name of the presiding deity. The deities are all different manifestations of Lord Shiva.

Reciting the names of these Jyotir lingas confers bliss and illumination, removing the veil of ignorance. They are

The Jyotir Lingas are

Let us embark on a journey through these pages to each of the Jyotir Linga Kshetras. 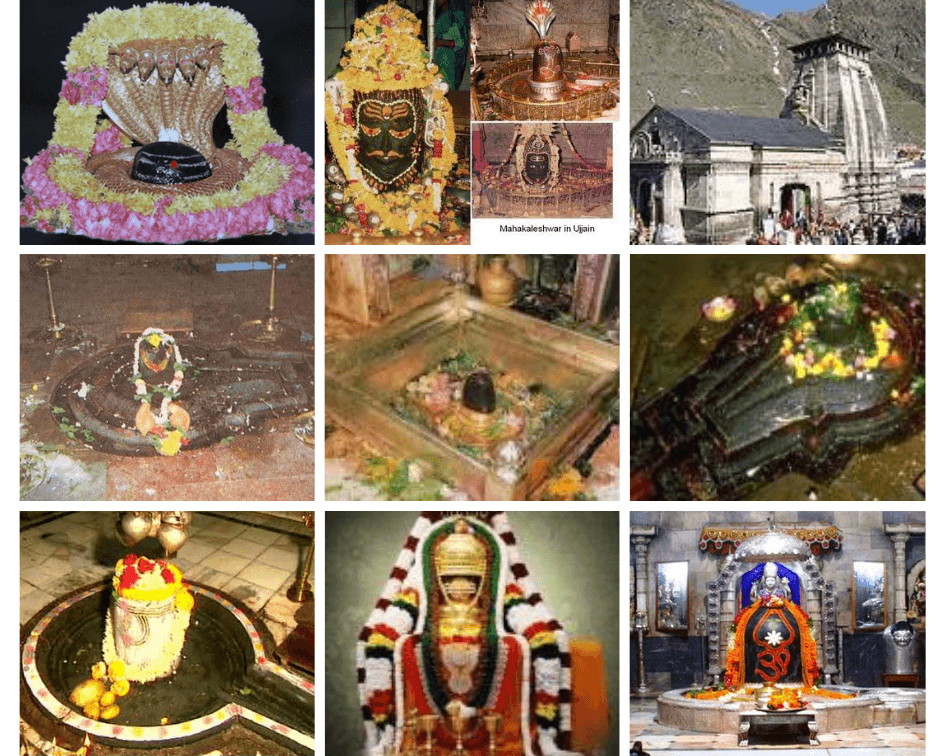