The Kailash Mansarovar Yatra is a pilgrimage to Mount Kailash and Lake Mansarovar region. In the past the journey was considered to be extremely demanding and uncertain. However, nowadays the Ministry of External Affairs, Government of India, directly coordinates and supervises the entire Yatra. The Ministry arranges the logistics of the entire journey and deputes a Liaison Officer (belonging to the All India Services) to moderate it. The entire Yatra spans for a period of 26 days, between the months of June and September. The sacred sites of Almora, Bhim Tal, Om Parvat, Jageshwar and Paatal Bhuvaneshwar fall in the path of the Yatra. The Kumaon Mandal Vikas Nigam arranges boarding and lodging for the Yatris on the Indian side.

The average male-female ratio of the Yatris is six is to four and at least two of the yatris in a particular pilgrim batch, as decided by the board, are doctors. Approximately, the Government of India spends forty to fifty lakhs to organize the yatra. It also fulfills its duty of providing special medical facilities to the Yatris.

As per tradition there are numerous legends associated with Mount Kailash. It is believed that Lord Shiva resides in Mount Kailash, although he visits Varanasi often. As per legend, Mount Kailash is the physical manifestation of Mount Meru, which is revered worldwide and is believed to be the center of the world. Lord Krishna associated himself with the holy Mount Meru as he said, “Among the mountains, I am Meru”.

As per the Vishnu Purana, the world consists of seven massive continents and the most central continent has Mount Meru at its core. It is further described in the Vishnu Purana, “The central continent has Meru at its core, bounded by three mountain ranges to the north and three to the south. One of these ranges is the Himalayan barrier, interposed between Meru and ‘Bharatha’, the Indian subconti­nent. Meru itself stands eighty-four thou­sand leagues high, with four faces of crystal, ruby, gold and lapis lazuli. Ganga falls from the heavens on Meru’s summit, circles the mountain and then divides into four mighty rivers which flow to the four quarters of the earth”.

Currently, we are aware of the fact that the Kailash Mansarovar region is indeed the originating point for the rivers Indus, Brahmaputra, Karnali and Sutlej.

With a height of almost 22,027 feet, the physical structure of Mount Kailash resembles the Shiva Linga. It is believed that undertaking a parikrama (circumambulation) of the Mount Kailash, rids an individual from the cycle of birth and death. After the completion of the 21st parikrama a devotee is eligible to undertake the inner parikrama.

The Gauri Kund is located at a height of 18,536 feet and is the highest point of the Kailash parikrama. As per legends, it is believed that Goddess Parvati came to this exact place for taking a bath, after all the Gods and Goddesses sought her help for protection. The lake is also believed to possess the powers of providing fertility to women.

As per legend, it is believed that Rakshas Tal is extremely inauspicious as per the beliefs of the Hindus and the Buddhists. The water body has the water flowing down from the Mount Kailash as its source.  It is further believed that the Rakshas Tal was created by Ravana, when he was relieving himself while carrying the Mount Kailash to Lanka. Lord Ganesha was believed to have been holding the mountain, while Ravana was relieving himself. The Lake Mansarovar and Rakshas Tal is connected by a mostly dry isthmus named Ganga Chu.

The Kailash Mansarovar region is considered to be of immense cultural significance for the Hindus, Buddhists and Jains alike. The Jains believe that Mount Kailash is the Ashtapada and it is the place where Rishabhanath, the first Tirthankara attained enlightenment. The Buddhists believe that Lord Demchog resides in the Mount Kailash or Kang Rimpoche along with his consort Dorje Phangmo. It is also believed by the shamanistic faith Bon-Po that their Gods relocated Mount Kailash from Northeast Tibet to its current location.

The Mount Kailash has been referred to in the Skanda Purana, Vishnu Purana, Ramayana and Mahabharata. Thus the Kailash Mansarovar Yatra is considered to be of extreme significance for the Hindus owing to its rich religious heritage.

Earlier, it was believed by Hindus that the River Ganga had its fountainhead located in the sacred Lake Mansarovar. However, the persistent efforts of geographers and cartographers later corrected and established the geographical contours of the region. The major contributors in this respect are listed as follows:

The Kailash Mansarovar Yatra is considered as one of the holiest as well as a physically and psychologically demanding task. Groups of yatris are sent in batches and they perform the yatra for almost a month. The composition of the batch of pilgrims is very diverse and are from all parts of India. They perform the journey together almost for a month and the entire journey is coordinated and supervised by the Government of India.

It is believed that the arduous journey brings forth the inner aspects of an individual and helps him to relieve himself of his ego. The auspicious vibrations of the region render a sense of divine bliss to the yatris.

The Kailash Mansarovar Yatra is considered to be extremely sacred by the devotees of five major faiths and is hence of tremendous significance. The ambience and utmost tranquility that the pilgrimage provides is an endearing experience by itself. Hence, the Government of India takes extreme care and coordination, while planning the services for the pilgrims. Some of the services provided are as follows:

o   Accommodation in a 5 star hotel at Nepal

o   Camping with food during the Kailash Yatra

o   Support services by the Sherpas

o   Oxygen cylinder and Air Compressor facility in each vehicle

o   Guides with knowledge of the English language 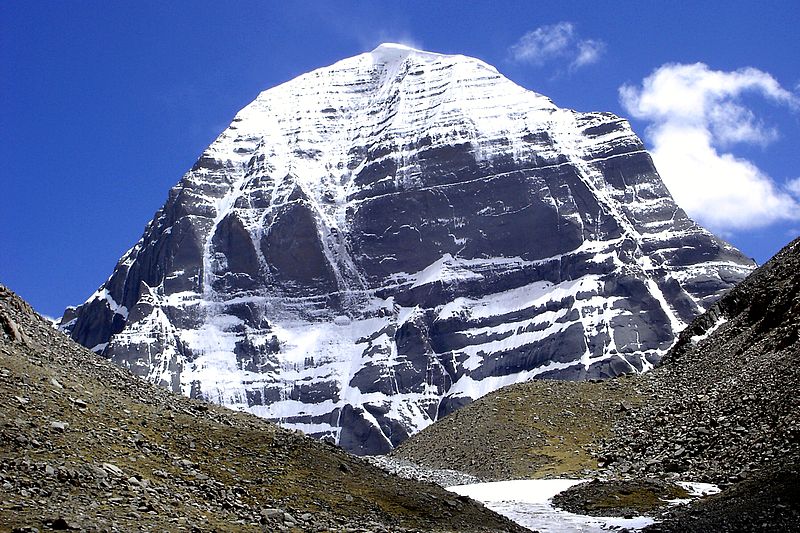