Lepakshi, the famous tourist place located in Anantapur district of Andhra Pradesh is associated with the epic Ramayana. It is believed that the Lepakshi temple is situated on the spot where Jatayu, the eagle king gave up his life after meeting Lord Ram. The temple was built by Vijayanagar kings. It is famous for the hanging pillar besides other attractions like the Nandi, Durga Paadam, rock chain, Vaastu Purush and the ‘eyes of Veeranna’.

The hanging pillar is about 70 feet high and is a technological wonder as it is attached to the ceiling but does not rest on the ground fully. One can slide a sheet of paper on one side and pick it up from the other. There are about 70 pillars in the temple, but only this is an architectural marvel. However, it is slightly dislodged from its original position as a British engineer made an unsuccessful attempt to unravel its secret. Thousands of tourists visit the Lepakshi temple each year to admire at these marvels which speak of the genius of our ancient architects. 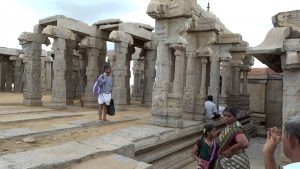 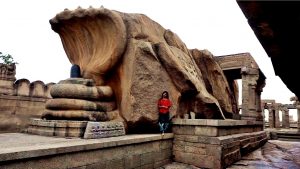