Jogulamba Devi temple at Alampur, Andhra Pradesh is the 5th Shakthi peeta among the 18 Maha Shakthi Peetas.  Here Sati is worshipped as Jogulamba Devi or Yogamba Devi and Lord Shiva as Bala Brahmeswara Swamy. Oordhav Danta Panki (upper jaw with tooth) of Sati fell here. Jogulamba is derived from the word “Joginula Amma” meaning – Mother of Joginis/Yoginis. Here Jogini/Yogini refers to a lady, who has given up all material pleasures. Yoginialso means a dancer, whose life is dedicated to God.

Location and other places of interest

Alampur, is about 90 kms from Mahbubnagar district in Andhra Pradesh. It is about 200 kms from Hyderabad. Alampur is situated on the left bank of Tungabhadra River.

There are Navabrahma Temples* known for their architecture marvel built by Badami Chalukya rulers.

* Chalukya King Pulakesi II, in association with a great saint, Rasa Siddha(he would convert base metal into gold) built a chain of temples called ‘NavaBrahmas’ in 6th– 7th century. It is said that there
is a secret tunnel from the garbhalaya of BalaBrahma temple leading to Srisailam.  According to the legend, the 9 names of Siva given to the NavaBhrama temples are the names of medicinal herbs put forth by Rasa Siddha.

“Siddha Rasarnavam”, a tantric work on Alchemy prescribes certain methods of Upasana in Jogulamba Temple. It is said that if the upasana is done as per the prescribed Tantra, Mercury oozes from the Linga of Bala Brahma, Navel of Ganapati, Thighs of Subramanya and Mouth of Mother Jogulamba. The Mercury thus got is used for converting into Gold by using the medicinal herbs. The principal temple of worship is Bala Brahmeswar. The temple dates back to 702 CE, as per the inscriptions available. Inside the temple is a huge Nandi and two set of Padmas believed to be of Lord Shiva and Sati. There are other images of Jogulamba, Durga, Narasimha and the Rishis. In the courtyard are images of Mukhalinga, Sahasralinga and Mahishasuramardini. The most important image is the mother goddess in the small temple.

The other temples in the courtyard are the Suryanarayana temple dating back to 9th Century and Narashimha temple with inscriptions from the period of Krishnadevaraya of Vijayanagar Empire.

There is also a museum managed and maintained by the Archaeological department in the temple premises.

Alampur is referred to as Dakshina Kashi. It is also known as Navabrahmeswara Teerth, as there are nine temples dedicated to Lord Shiva. Alampur is known as the Western Gateway of Srisilam, as the holy place-Srisailam lies at the western end of Alampur (Siddhavattam, Tripurantakam and Umamaheswaram are called southern, eastern and northern gateways of Srisailam respectively). Alampur is also known as Sangama Kshetra as it is the meeting point of River Tungabhadra and River Krishna. It is surrounded by Nallmallai hills.

The temple was completely destroyed by Bahamani rulers in 1390 AD. The invaders were killed after a fierce battle with the localities. Jogulamba Devi along with her two Shakthis – Chandi and Mundi was then moved to nearby Bala Brahmeswar temple until 2005. The temple is a mine of historical sources. It has about 70 Copper plates and stone inscriptions relating to several dynasties that ruled South India from 7th to 17th century. Jogulamba temple has been reconstructed after 615 years. Sanskrit scholar, historian and epigraphist Sri Gadiyaram Ramakrishna Sarma attributes the delay in reconstruction of the temple to the political uncertainty which prevailed during the medieval period.

The nine temples built by King Pulakeshi II were dedicated to Navabrahmeshwara and Jogulamba. Only eight magnificent temples of Navabrahmeshwara could be traced, the ninth temple dedicated to Tarakabrahma could not be traced. The Badami Chalukya rulers ruled for nearly 200 years from the middle of 6th Century onwards. Jogulamba Devi temple was reconstructed where it was originally built.

Alampur, a temple town has 20 temples of varying sizes and style, all built on the banks of River Tungabhadra. All the temples are a fine example of Chalukayan architecture. Most important of these is the temples at Papanasam.

Papanasheswara and Brahmeswara temples are the two groups of temples located on either side of Alampur.

Sri Sankaracharya was believed to have installed “Sri Chakram” at the temple, which is not available now. The temple is declared as a Heritage site and is under the control of ASI. The temple trust of Srisilam has adopted the Jogulamba temple to ensure regular conduct of rituals.

Alampur was earlier known as Halampuram, Hamalpuram and Amalapuram.  As per the inscription dating back to 1101 AD belonging to Western Chalukya, Tribhuvanamalla Vikramaditya VI, Alampur is mentioned as Hatampuram.

Jogulamba Devi is considered as Gruha Chandi (Protector of homes). Jogulamba Devi is seated on a corpse. The idol has huge locks of hair with lizard, scorpion, bats and human skull adorning it. These are the indications of evil and signs of deterioration of a house. Lizard is the primary indication that a house has started deteriorating. When the lizards become uncontrollable, scorpions start entering the house, which is even worse. The next level would be the entry of bats which is an indication of loss of human life in the house. Jogulamba Devi is worshipped for warding off the evil effects of Vaastu Dosha. According to locals, Jogulamba Devi is in Ugra Roopa(highly energetic and hard to worship) and the water pool near the temple makes the atmosphere cool.

The other idols present at the temple are Saptamatrikas (Group of Seven mother- Goddesses, each of whom is a Shakthi or a female counterpart of a god. They are- Brahmani, Maheshvari, Kaumari, Vaishnavi, Varahi, Indrani, and Chamunda, or Yami) Vigneshwara and Veenapani Veerabadra. New idols of Chandi – Mundi are placed at the Jogulamba Temple, while the original idols are left behind at Bala Brahmeshwara Swamy temple. The temple also has a Yagnashala, a rest house and a pond. The temple attracts a large number of pilgrims from across the country during festivals like Shivratriand Navratri.

Alampur is also famous for Maharishi Jamadagni’s ashram. Maharishi Jamadagni along with his wife, Renuka and four sons was staying in Alampur worshipping Bala Braheshwara Swamy and Jogulamba Devi. Renuka Mata, with her power would regularly make pot with sand and bring water from River Tungabhadra. One day, she saw the King of Gandharva enjoying himself while having a bath in the River with his wives. She immediately felt that pleasures or enjoyment comes from materialistic wealth and not from worshipping God. The very next moment, she lost her divine power of making pots from sand. On reaching home without water, Maharishi Jamadagni wanted to know the reason. Renuka Mata explained the incident and admitted her sinful thoughts.  Maharishi Jamadagni got enraged, and asked his four sons to kill Renuka. While three sons refused to kill, the fourth son, Parushuram killed his mother by cutting off her head with his axe. Maharishi Jamadagni was extremely happy and bestowed a boon. Parushuram asked his father to restore life to his mother. Then Jamadagni revived Renuka to life.

The head of Renuka Mata became Ekaveera Devi and the headless portion of the body is worshipped as Bhudevi. Ekaveera Devi symbolises Maya Rupa (materialistic thoughts) and Bhudevi symbolises Matru Rupa(Mother). Many believe that Ekaveera Devi manifested herself as goddess Yellamama in Undavelli village near Alampur, while the temple of Bhudevi is present in the Bala Braheswara Swamy temple.

It is stated that Brahma performed a great penance at this place for propitiating Ishwar by installing and worshipping a Rasalinga. Hence the deity is called Brahmeswara.

Shivaratri, is celebrated in a grand way at Bala Brahmeswar temple. Navaratri is celebrated with great splendour at Jogulamba temple. Bhudevi is worshipped for a progeny. She is offered butter.  At Bala Brahmeswara temple, devotees are allowed to do Abhishekam. Lord Shiva is in Linga form and it is said that water poured on shiva Lingam as abhishekam does not flow out. 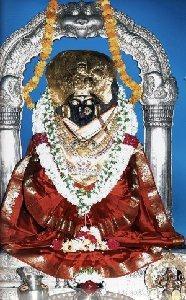 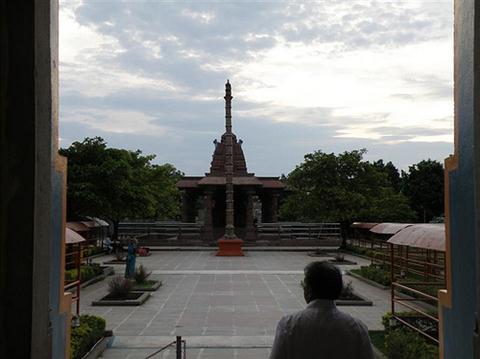