Shivaharkaray or Karavipur is a Shakthi peeta where the three eyes of Devi is said to have fallen. Here Sati (Devi) is worshipped as Mahishamardini. Lord Shiva is worshipped in Ragi, (grain) form as Krodhish, the one who can get angry. This Shakthi Peet is the third among the 52 Shakthi Peetas. 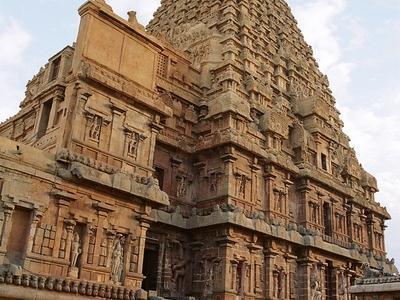 Karavipur temple is one of the ancient temples in the world. Mahishasura refers to a demon originating from a Buffalo. Mahisha refers to buffalo and asura means demon. Thus Devi who slayed Mahishasur is known as Mahisamardini or Mahishasuramardini. The demon also represents the evils in every one of us like kama,(lust or desires) krodh,(anger) lobh,(greed or selfishness) moha (intense love), mada(pride) and matsarya(ego). Prayers are offered to Mahishamardini to help us slay these evils or qualities. It is believed that Karavipur is blessed by the divine powers of goddess Lakshmi and Maha Vishnu. 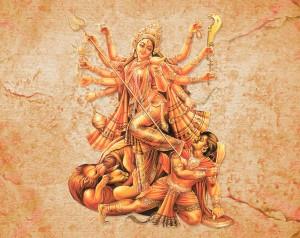 People from all religions visit this temple. Before partition of India, there were many visitors. However, after partition, the number of visitors from India has reduced. While Hindus worship the goddess as “Karavipur devi”, Muslims call the deity as “Nani”. This place is known for curing poison related ailments like snake bite etc.

Devi Mahishasurmardini is worshipped during navratri in a grand way. Durga puja is one of important festivals celebrated at Mahishamardini temple. During Navaratri, Devi is worshipped in a new form during the 9 days.