Mathura, located in Uttar Pradesh, is the birth place of Lord Krishna and hosts numerous holy shrines and sacred Kunds. Mathura is rich with legends and myths. It is also regarded as the holiest city for the Vaishnava cult. It literally means the ‘City of Gods’ directly derived from the Greek nomenclature of ‘Modoura’ and the British name ‘Muttara’.

It is also an extremely sacred place for the Jains and the Buddhists alike. The festival celebrated in and around the city unravels the life of Lord Krishna from childhood to adulthood. The most prominently celebrated festivals of Mathura are Holi and Janmashtami. The tales of Lord Krishna in the forests of Vrindavan are directly linked to Mathura.

As per Hindu beliefs, Mathura was founded by Lord Rama’s youngest brother Shatrugna. This place has also been referred in the Mahabharata some 2500 years ago. Lord Buddha also visited the city and established several of his monasteries. Mahmud of Ghazni, Sikander Lodi, Aurangzeb and Ahmad Shah Abdali all plundered and demolished this holy city. The city resurged back after the Bhakti cult Movement and was also restored to some extent by the rich donations of Hindu rulers, chieftains and merchants.

Krishna was born to Devaki and Vasudeva, when they were imprisoned in Mathura. After the birth of Krishna, the gates of the prison opened up magically and the guards fell asleep. This allowed Vasudeva to walk out of the prison along with baby Krishna and take him to his foster parents Nanda and Yashoda, at Gokul. In spite of the numerous attempts by Kansa to kill Krishna, the latter managed to survive by demonstrating his divine powers. Krishna killed both the demons, Putana and Trinavarta, who were sent by Kansa. Arishtasura was killed by Krishna later. Krishan had even killed Kaliya, the multi-hooded serpent, who had poisoned the River Yamuna.

The exact spot where Lord Krishna was born in Mathura is called the Shri Krishna Janma Bhoomi. The very location is marked at the Katra Keshav Deo Temple by a marble slab. A beautiful picture of child Krishna adorns the structure.

Other Holy Places in Mathura

Amongst the holy places in Mathura, the following are the most important ones:

·         The Gita Mandir – Built by the Birlas, the entire Bhagavad-Gita is inscribed on the Gita Stambh.

The following are the most prominent Ghats, Kunds, Festivals and Temples of Mathura – 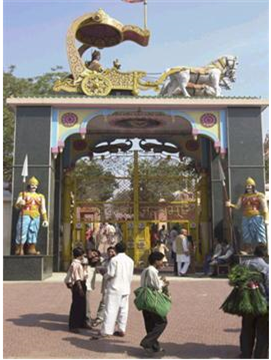 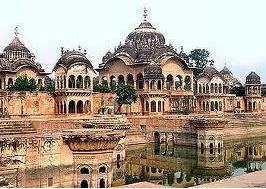 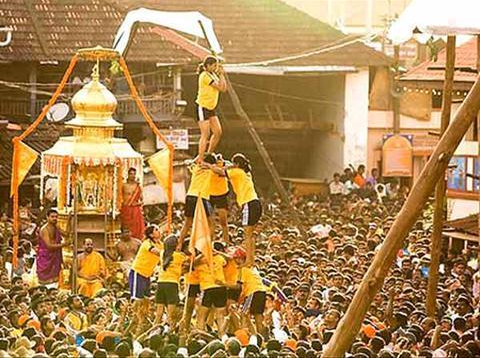 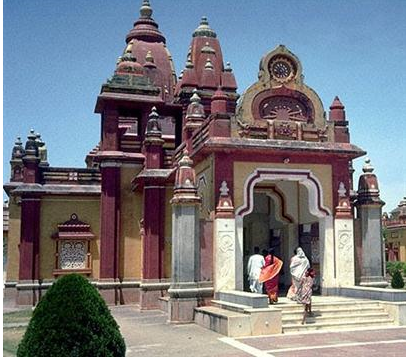