Located in Central India, the River Tapti is known by multiple names. The other names of River Tapti are Taapi, Tapati and Tapee. Believed to be the daughter of Sun God, River Tapti originates from Multani in Betul District. The river basin of Tapti is spread over three states i.e. Maharashtra, Madhya Pradesh and Gujarat. Spreading across an area of 724 sq. km. along with Narmada and Mahi, River Tapti flows from the Satpura Range of Southern Maharashtra to the East Vidharbha and Kandesh regions of the Deccan Plateau. The Tapti extends upto the Gulf of Khambhat, Gujarat. The River Tapti is a much revered river in Hinduism.

The major tributaries of the River Tapti are as follows:

The major urban areas along the banks of the River Tapti are as follows:

The major dams constructed across River Tapti are the Hatnur Dam in Jalgaon and the Ukai Dam in Gujarat. The river also flows alongside the Melghat Tiger Reserve in Madhya Pradesh.

Historically the River Tapti has played the role of an important trade transportation route. Vibrant business of export and import took place on this particular waterway. It was also considered as an extremely important stopover for the Muslim pilgrims travelling to Mecca for Haj.

As per legend, River Tapti is the daughter of Surya (Sun God). It is believed that Surya had created the River Tapti for cooling down his own intense heat. In Mahabharata, it has been mentioned that Tapti was married to the legend of the Moon dynasty, Sanvaran. They had a son named Kuru (the initiator of the Kuru dynasty).

It has also been said that on a particular hunting trip, King Samvarna’s eyes fell upon the extremely charming Tapti. He could not believe the superlative beauty of the maiden in front of his eyes. After proposing to Tapti, King Samvarna found that she was extremely obedient to her father and would not be able to marry without the permission of her father, Surya.

King Samvarna, after learning about Tapti’s identity, paid obeisance to the Sun God for twelve consecutive days on the top of a mountain. On the thirteenth day, Surya was extremely satisfied with Samvarna’s devotion and decided to marry Tapti to Samvarna.

After marriage, they both lived in the mountain forests with extreme happiness. But the kingdom of Samvarna suffered a lot in his absence. Then the Rishi himself came and took back Samvarna and Tapti to their kingdom. After the return of Samvarna, things started to recover slowly and steadily and once again happiness came back to the kingdom.

The river Tapti is very unusual in the fact that it is one of the few rivers which flows westwards and merges with the Arabian Sea. Tapti was created by Sun God himself to save himself from the extreme and intense heat generated. Surya married Tapti to Samvarna and they both had a son named Kuru. Kuru started the Kuru dynasty and thereafter began the race consisting of the Pandavas and the Kauravas, the protagonist dynasties of the Mahabharata. 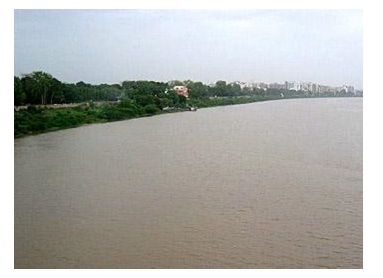 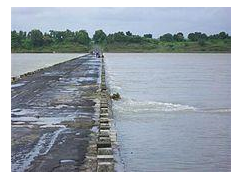 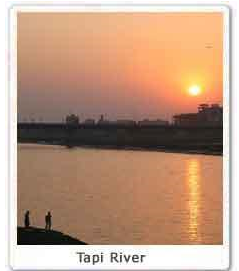 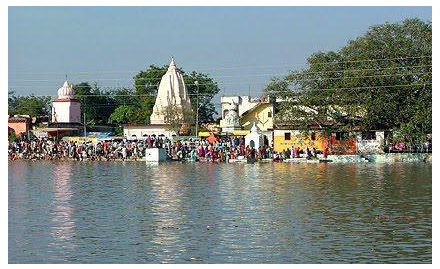