In: Bhakti, Mantras, Temples
With: 0 Comments 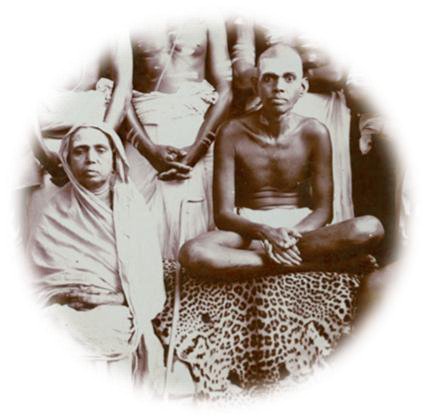 INTRODUCTION
Azhagammal (1864 – 1922) was the holy mother of Sri Ramana Maharishi. And she lived in Tiruchuli, and had four children, and one among them was Sri Ramana, who is considered to be a divine incarnation of Lord Shiva.
After Ramana left his home at his younger age for seeking spirituality and took shelter in Tiruvannamalai, after some time, his mother Azhagammal also stayed with him, and served him in a proper manner. She lived in a state of poverty and stayed in the caves of Arunachala Hills along with her son.
She tolerated all sorts of difficulties for the sake of her divine son. She used to sleep in the floor, without having proper blankets, and took only simple food offered by the devotees of Sri Ramana. She also eagerly provided food to the visiting guests of Ramana. After attaining spiritual enlightenment through the grace of her son Ramana, she has attained SALVATION in the year 1922. Her younger son has also lived along with her, and become a saint and attained SALVATION after his death. A Samadhi Temple was constructed at the Ramanashram, and still now lot of devotees are worshipping the shrine of the holy mother and getting relieved from their problems.
Let us worship the holy mother and be blessed.
“OM SRI AZHAGAMMAL THAYE NAMAHA”
“JAI GURU RAMANA”
“OM NAMAH SHIVAYA NAMAHA”
WRITTEN BY
R.HARISHANKAR