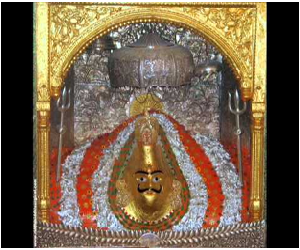 During the time of Muslim invasion on 9th century AD, it was the great Lord Bhomiaji, who protected the people in Rajasthan, and also safeguarded their cows, when the Muslim soldiers tried to kill the poor animals for their feast. He appeared in the form of a huge tiger, and chased those Mughal armies from Rajasthan. Due to the fear in their minds, the Mughals didn’t turn back again.

He also protected the farm lands of the poor farmers from earth quakes and storms, and acted as an affectionate mother for those people.

Similar to other village deities, ancient village people used to sing songs in his praise during festival times.

Some of the verses from the songs are as follows:-1. Oh! The great Lord Bhomiaji! You are the master for us, and we are all your humble servants. Whatever orders you give to us, we are ready to follow it obediently.