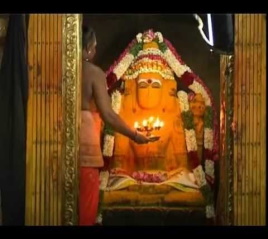 The Brahmapureeswarar Temple is situated in Thirupattur. It is believed that by visiting this temple our fate can by changed by the blessings of Lord Brahma.

Once Lord Brahma has got pride that he was the ultimate Creator of the entire Universe. Lord Brahma thought that he has got more powers than Lord Shiva.

Due to his pride, Lord Shiva destroyed Lord Brahma’s Fifth Head, and also he got cursed from Lord Shiva, and due to that he had lost his creative powers.

In order to get relieved from the curse, Lord Brahma went on a pilgrimage of Lord Shiva Temples.

During his travel, Lord Brahma visited this temple and performed severe penance on Lord Shiva and worshipped him.

Due to his severe penance, Lord shiva appeared in front of him and liberated him from his curse. Lord Shiva also had given the power of creation to Lord Brahma.

Due to the blessings of Lord Shiva, Lord Brahma had got a separate shrine at this temple. He also advised Lord Brahma that the fate of those devotees who visits this temple should be rewritten.

Hence by worshipping Lord Brahma, Lord Shiva and Mata Parvati at this temple, we can expect a good change in our life.

The main deities are Lord Shiva who is in the form of     Lord Brahmapureeswarar and Mata Parvati Devi in the form of Brahma Sampath Gowri. Lord Brahma’s idol can be found here in the form of doing penance. Jeeva Samadhi of the great siddhar Patanjali, is also found in this temple.

There are 12 Shiv Lingams found in this temple which were installed and worshipped by Lord Brahma.

A sacred pond was named as Brahma Theertham, since Lord Brahma fetched water from this pond, for performing puja to Lord Shiva.

SHRINES IN THE TEMPLE

By worshipping Lord Brahma, Lord Shiva and Mata Parvati in this temple, we can get rid from our sins committed in our past births, and can get great spiritual energy, physical and mental strength. Wherever we go, the divine gods and goddess will follow us like our shadow, and be with us in our every moment of life. Our wishes will be fulfilled and we will become a happiest person in the world for ever.

Let us chant the glory of the gods and goddesses and be blessed.