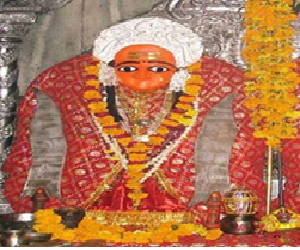 Kaila Devi Temple is a famous Temple of Mata Parvati, and it is located in Kailadevi village in Rajasthan. Kaila Mata is specifically worshipped by the people in order to get relieved from the clutches of the Kali Purusha. Kaila Ma would clear all of our sins and would make us into healthy and wealthy.

The ancient rulers of Rajasthan have maintained a close relationship with Mata Kaila Devi, and they worshipped her as their Kula Devata and also as their Ishta Devta. The chief deity of the temple is Mata Kaila Devi.

The details about this temple were mentioned                     in the SkandaPurana and she is also worshipped as Kaileshwari by her devotees, and it is believed that by worshipping Mata Kaila Devi at this temple, our reasonable needs and wishes would be satisfied.

The goddess Kaila Devi is considered to be the sister of Lord Krishna, who had incarnated during the Dwapara yuga as Durga Devi. Her other names are Vindhyavasini and Hinglaj Mata.

As per the instructions given by Mata Kaila, the great sage Kedargiri installed the statue of Devi at the present place of the temple. King Gopal Singh completed the construction work of the temple in the year 1730. An idol of Mata Chamunda, was also installed in the temple.

The temple was renovated by several kings, and now many modern facilities are added inside the temple, like quarters for staffs, Canteen facilities, Annadana Choultries and Darshan queue blocks were installed.

Under the name of ‘Kaila Devi Charitable Trust’, the temple management are doing lot of social services like construction of hospital, hostels and schools for poor and deserved students.

Kaila Devi is worshipped as the Kula Devi by the Rajputs, Marvadis and people who belong to the Chandravansh clan. During festival seasons, devotees from Rajasthan, Haryana, Uttar Pradesh and Madhya Pradesh would come to this holy temple for worship. The annual festival of Kaila Devi is held at the Temple during March-April for a period of two weeks.

Let us try to participate in the Annual festival of Mata Kaila Devi at least once in our life time and be blessed.