The Udayagiri caves are located near Vidisha in the state of Madhya Pradesh in central India. A river used to once run through the gigantic natural rock canyon amidst the 14 temple complex. The Udayagiri caves are most noted for the gigantic boar shaped carvings which depict Vishnu in his incarnation as the boar-headed Varaha. The cave temples are also known for the unique T-shaped door, rock-shelters, water systems and habitation mounds. The reign of Chandragupta II and Kumaragupta I of the Gupta dynasty has been immortalised through the inscriptions in the cave temple complex. 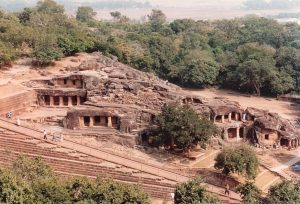 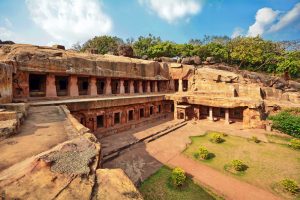