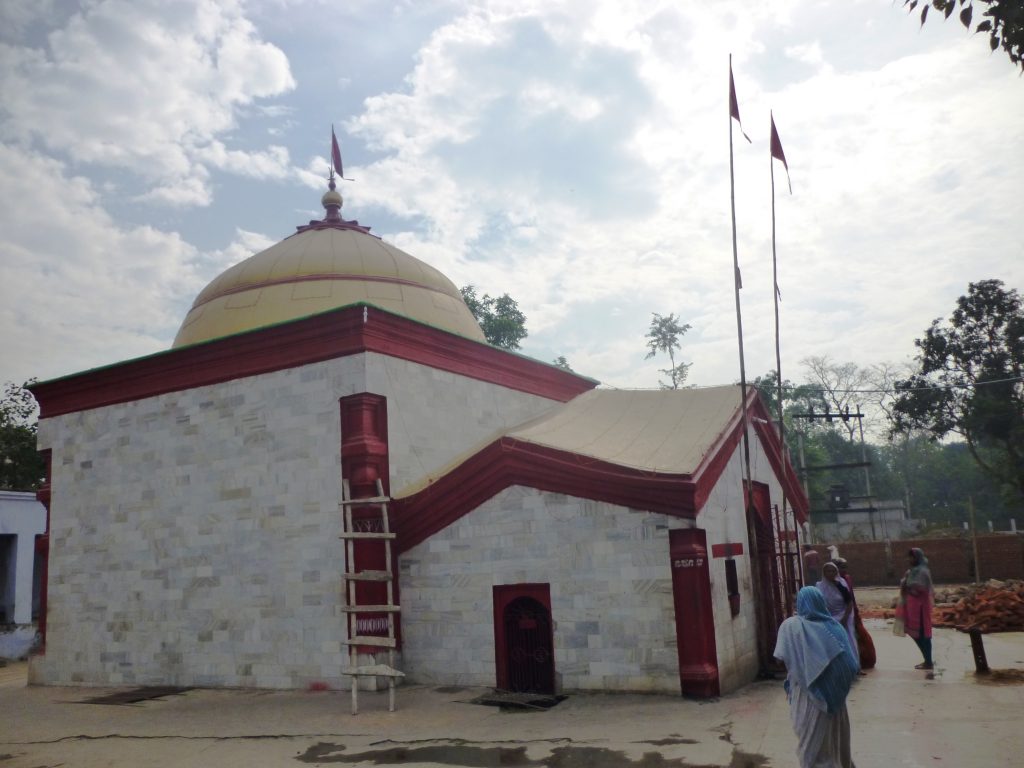 The temple of Ugratara is believed to be an ancient Shakti Peetha where the eye of Sati fell. The temple is located in Mahisha village of Bhagalpula district of Bihar.

History of the Temple

Originally there was no temple at this place. The Queen of Darbhanga prayed to this goddess for the removal of the sufferings of leprosy of her husband. After a time, her husband got cured of leprosy. Hence the grateful queen constructed a temple at the place where currently the temple is located. She also constructed a lake in the vicinity of the temple. Today the structure of the temple is very precarious due to an earthquake.

It is also said that Sage Vashishtha obtained the bliss of Mahavidya Tara at this place.

Idol of the deity

Goddess Tara is depicted with four hands, three eyes, adorned with Mundamala, black in complexion, open hair, holding sword – Kapala – Knife – lotus, with a fearful appearance, seated by keeping legs on each other.

There is a snake on the head of the Ugratara which is known as Akshobhya. Images of Ekajata and Nilasarswati are also installed in the temple along with Ugratara. All these three goddess are depicted as young virgins.

Tara has prime status in Buddhism. ॐ Omkara of Hinduism is known as Tar in Buddhism. Feminine version of the Tar is Tara. She is considered as the consort of ॐ Omkara. She is an important goddess of the Mahayana cult. In Buddhism, the couple of Tar and Tara is depicted like Ardhanarinateshwara of Hinduism.

According to Vidyarnava Tantra eights forms of Tara are famous. Those are Tara, Ugra, Mahogra, Vajra, Nila, Saraswati, Kameshwari and Bhadrakali. Among these forms, Ugra is very next form which is more similar to Tara.