The quiet and beautiful town of Bithoor is situated on the Kannauj Road, 27 km from Kanpur, Uttar Pradesh. Situated on the banks of the Ganga, the Valmiki Ashram is the site where Maharishi Valmiki is believed to have written the timeless epic, Ramayana. It is also the place where Sita stayed after her exile and gave birth to her twins Lav and Kush. It was here that they spent their childhood and were trained in the art of governance, warfare and politics by the great sage. The ashram is located at a height and to reach it, one has to climb the stairs which are known as ‘staircase to heaven.’ There is a small pool inside Valmiki Ashram, famous as Sita-Kund. Sita ‘Rasoi’ can be seen even today, near which stands ‘Swarga Naseinee’ or Deep Malika Stambha, studded with niches all around for illumination. The tower has about 48 steps leading to its top, from where one can have a panoramic view of the entire area. The existing Valmiki temple is said to have been rebuilt by Baji Rao Peshwa in the 19th century.

Maharishi Valmiki Jayanti is celebrated on the Purnima day of Ashwin month to honor the Adi Kavi, the first poet of Sanskrit, this year it is on 8Oct 2014. 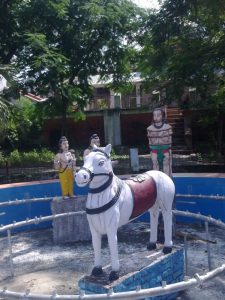 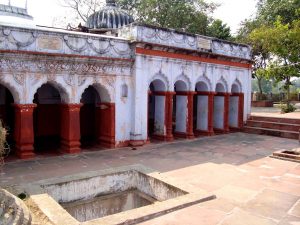 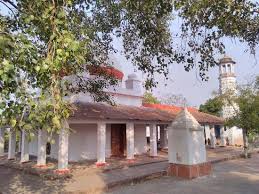