The River Yamuna originates from the Yamunotri glacier, located near Bandar Punch, Uttar Kashi, Uttar Pradesh. The sacred shrine of Yamnotri is situated at an altitude of 3235 m. The temple dedicated exclusively to the Goddess Yamuna is located here and it remains closed from the months of November to May. Hanumanchatti is the place where the Hanuman Ganga meets the River Yamuna. It is also widely believed that Sage Asit used to dwell in this secluded spot.

In the plains, the River Yamuna flows for almost 1200 km from the Saharanpur district to Allahabad in Uttar Pradesh. The River Tons and River Giri are the two most important tributaries of the River Yamuna.

River Yamuna is also regarded as Kalindi. This is because it is believed to have touched upon the peak of Kalind while descending on Earth. As per another source, while touching Earth, the first place touched by the River in the plains was Khandav Vana, modern-day Delhi. It is also said that Yamuna and Yama are the direct descendants of the Sun God, Surya. Therefore, whosoever takes a dip in the holy waters of Yamuna, may never fear death.

The River Yamuna along with the River Ganga and the dried-up River Saraswati forms the holy trinity of sacred rivers in India. Yamuna believed to be the daughter of Sun God, Surya and the sister of Yama (God of death) and Shani Deva, descended upon Earth to sanctify its existence.

On the occasion of Janmashtami, the cities of Vrindavan, Mathura and Agra, situated on the banks of the Yamuna, become colorful and lively while celebrating the birth of Lord Krishna.

Tons River: The longest and the largest tributary of the Yamuna, the River Tons rises from the 6,315 metres high Bandarpoonch Mountains. The River Tons joins the River Yamuna in Kalsi, Uttarakhand.

Hindon River: Originating from the Upper Shivalik Mountain ranges in the Lower Himalayas, the River Hindon meets the River Yamuna after flowing for almost 400km. The River Hindon has a catchment area of 7,083 sq. km and is entirely rainfed.

Ken River: Originating in the Ahirgawan village of Jabalpur, Madhya Pradesh, the River Ken flows for about 427 km before meeting River Yamuna.

Chambal River:  Also known as the Charmanvati, River Chambal flows for a distance of around 960 km before merging with the River Yamuna at SohanGaon, Etawah. River Chambal originates near Mhow, Vindhya Ranges and hosts some major hydroelectric projects such as JawaharSagar dam, RanaPratapSagar dam and Gandhi Sagar dam.

River Yamuna is considered to be extremely holy and sacred owing to the proximity of its course to Vrindavan and Mathura. Both Vridavan and Mathura are intimately related to the history of Lord Krishna. It is also believed that taking a bath in the Yamuna, liberates the soul from contamination and sins and thereby makes an individual a true devotee of Lord Krishna himself. The Kesi Ghat, where Lord Krishna took bath after destroying demon Kesi, is believed to be a very sacred place.

In this regard the SrimadBhagwad Gita may be aptly quoted:

“As far as sanctity is concerned, the River Yamuna is more directly connected with Lord Krishna than the Ganga. The Lord sanctified the River Yamuna from the beginning of His transcendental pastimes in the world. While His father Vasudeva was crossing the Yamuna with baby Lord Krishna for a safe place at Gokula on the other bank of the river from Mathura, the Lord fell down in the river, and by the dust of His lotus feet the river at once became sanctified.” (SrimadBhagavatam 1.19.6)

Quotes and Mentions of Yamuna River

o   “According to the VarahaPurana, as quoted by SrilaJivaGosvami, “There is no difference between the water of the Ganges and the Yamuna, but when the water of the Ganges is sanctified one hundred times, it is called the Yamuna. Similarly, it is said in the scriptures that one thousand names of Vishnu are equal to one name of Rama, and three names of Lord Rama are equal to one name of Krishan.” (SrimadBhagavatam 1.19.6 purport)

o   “Simply by bathing in the Yamuna, anyone can diminish the reactions of his sinful activities.” (Krishna Book, Chap 38)

o   “There are many devotees in Vrindavana who regularly bathe in the Yamuna, and this cleanses all the contamination of the material world.” (SrimadBhagavatam 5.8.31)

o   “One should not give up the process of austerity. If possible, one should bathe in the water of the Yamuna. This is an item of austerity. Therefore, our Krishna consciousness movement has established a center in Vrindavana so that one may bathe in the Yamuna, chant the Hare Krishna mantra and then become perfect and return back to Godhead.” (SrimadBhagavatam 6.5.28 purport)

o   “The Yamuna River washed Krishna’s lotus feet when the Lord appeared in Vrindavana five thousand years ago. Lord Krishna sported daily with His boys and girlfriends in the Yamuna River and consequently that river is also caranamrita.” (SrimadBhagavatam 11.6.19) 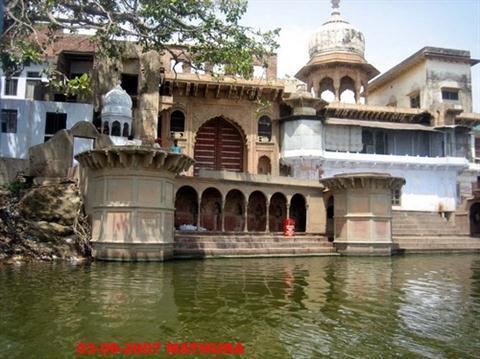 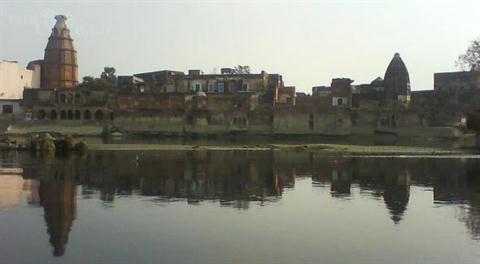 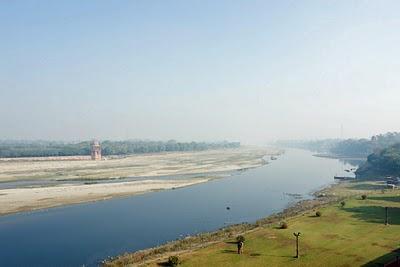