The Punjabi New Year Baisakhi is a harvest festival celebrated across North Indian states, especially in Punjab. It is celebrated when the rabi crop is harvested on the 13th/14th of April every year. It is also celebrated as the Khalsa Sirjana Diwas or the day which marks the birth of the Khalsa sect in Punjab. Nowadays, the celebrations of Baisakhi are not just restricted to the Sikhs and Punjabis but have also spread across the nation and find people of various communities, cultures and religions coming together to participate in the beautiful processions on that day! On this auspicious day, people visit Gurudwaras to take a holy dip in the ponds within the premises and savour the langar and kadah prashad. Since this day marks the organization of the order of the Khalsa by the 10th Guru, Shri Guru Gobind Singh, the gurudwaras across the nation are illuminated and organise akhand path, kirtans and bhog. The best celebrations are observed at Anandpur Sahib in Punjab which is the birth place of the khalsa. 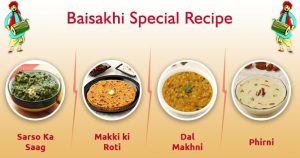 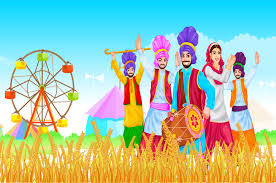 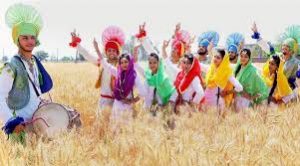 During his time, Guru Amar Das, the third Guru of the Sikhs ordered the construction of a large well called ‘Baoli’ with 84 steps which denoted the incarnations each soul goes through and finally mukti or liberation from the cycles of birth and death leading down to the water’s surface. He inaugurated it on the first day of Baisakhi usually 13th April now celebrated as the Baisakhi fair. It helped in a number of ways. Working together in the construction helped to foster a spirit of seva, unity and brotherhood among the Sikhs. It enabled the Guru to have a sangat or gathering with all his followers atleast once a year. Thirdly the Baoli was a source of water supply for the people so it satisfied the people’s basic needs and thus increased his popularity among them. Lastly it served as an equalising force as the water was available to all castes lower and higher, further breaking down social barriers. Thus Baisakhi day became memorable to the people of the time.