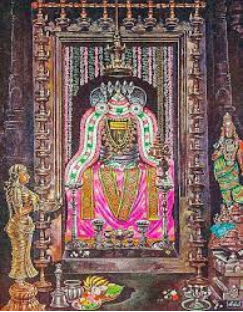 Brahmahathi Dosham is one among the several kinds of Doshams like Naga Dosham, Navagraha Dosham and Pitru Dosham. Among the various Doshams, Brahmahathi Dosham is considered as very severe Dosham, and it would create lot of problems to the person who suffers from this Dosham.

In general Brahmahathi Dosham would enter in a person’s body, if he kills any cow or Brahmin during his present or past births. Cow is considered as the worshipful Holy Mother Kamadhenu, and it gives milk, and even the by- product of the cow is also used as Ayurveda Medicine. Brahmins are also considered as very pious and precious people, since they chant the Vedic mantras and they properly follow the Hindu rituals and also they are participating in the Puja and Homams of the deities performed in the temples.

Nowadays due to advanced technology, and due to the usage of communication medias such as Facebook, Twitter and Whats app, some people pretends before the young girls, as if they are very genius, and through their clever speech, some girls are falling as prey in the trap set by the wrong doers. And in their future life, such wrong doers would have to suffer from severe Brahmahathi dosham, and they could not escape from it. Communication Medias are meant for spreading good things only, and it should not be used for wrongful activities.

Likewise those who do wrongful acts in the field of medicine, such as doing incorrect operation to the patients, those who suggest improper methods of medication, and those who recommend some dangerous medicines to the patients, for the purpose of monetary gains would be subjected to severe punishment before the eyes of the god, and they would have to suffer from Brahmahathi Dosham throughout their life, and it may continue in their next births also.

Those who suffer from Brahmahathi Dosham, would not have interest in studies, and they would contain poor memory power. They would frequently involve in clashes with other students, and even after completion of their studies, they will not be able to work in a single company, and they would frequently keep changing the companies, and even if they get married, it may end up with divorces, and totally, their life would end up with a failure. It is not easy to get rid from this Dosham, even if we visit lot of holy temples. Doing Annadanam in the temples would reduce the severity of the dosham only to certain extent, but also we cannot entirely get rid from the dosham.

The best way to reduce the severity of this dosham to a maximum possible extent is to wear the Holy Rudraksha of Lord Shiva, and we can procure it from Puja shops, and it is also available in the online platform. It is very good to visit Lord Mahalingeswara Swamy Temple situated at Thiruvidaimarudhur, and those who suffer from the dreaded Brahmahathi dosham would definitely get relieved from it, if they sincerely worship Lord Mahalingeswara Swamy, and in addition to that, they can perform special pujas, abhishekhams and offer free food in their own hands to the devotees who present at the temple.

Our human life is very difficult to live, and for passing a single day itself, we would require lot of patience, will power and bhakti. Our life is neither a bed of rose flowers nor a bed of thorns, and it all depends on how we intelligently, efficiently and effectively utilize our human birth, and how we tackle our problems in an easiest manner.