The rich culture and tradition with joyous celebrations of more than 200 deities amidst the background of the Himalayas makes Himachal Pradesh one of the most sought after places in the tourist destinations of the world. Besides the usual festivals celebrated throughout India Himachal Pradesh has its unique fairs and festivals. There are a number of villages all over Himachal Pradesh, which celebrate fairs unique to their culture besides the ones listed below. 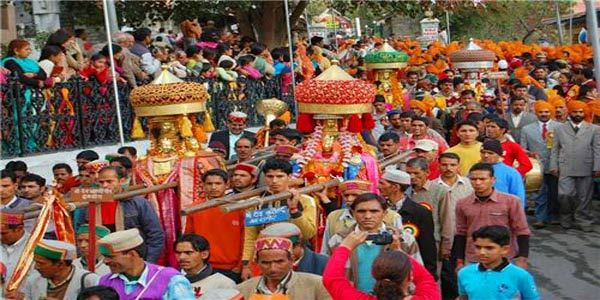 This is a Buddhist fiesta where people assemble to throw cedar twigs into a bonfire at a place selected by the Llama.

It is an agricultural festival accompanied by folk songs and dances.

People take holy dips during this festival and organise various competitions like dancing, archery and wrestling.

During this carnival contests like Winter Queen are held along with winter sports.

During this festival, rituals and cultural fiestas with display of cultural items, handicrafts and artefacts are held.

This festival is also called the festival of flowers.  During this festival, prayers are held to commemorate dead relatives for peace of their souls. 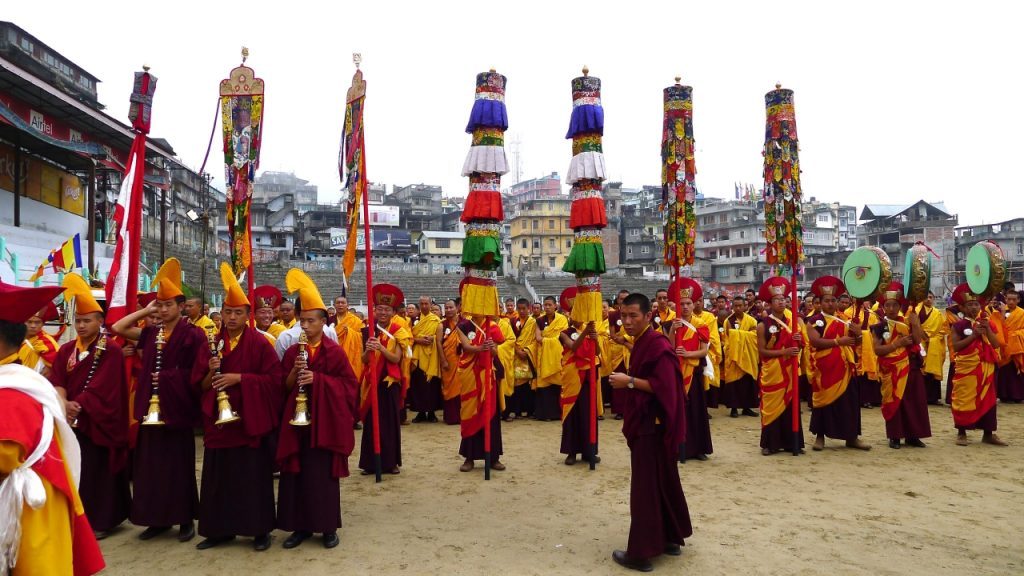 This essentially marks the beginning of the Tibetan year and lamps are lit, and prayers and worship are offered with preparations like Brang Gyas which are square lumps of mixed flour displayed on a plate. The plate is then placed around the statues of gods and figures of animals. This platter has auspicious significance if observed early in the morning.

This fair is held in one of the most pious pilgrim destinations believed to be the abode of Lord Shiva at the Manimahesh peak near the Manimahesh Lake where pilgrims come for a holy dip. The festivities organised by tribal groups attract many tourists from all over the world.

This fair is held at the advent of the New Year after the worship of the Home Gods. The local astrologer or soothsayer then predicts the fortune of the people who approach him and the prayers to the Gods ensures their blessings. People sing and dance in traditional costumes, and there is an atmosphere of gaiety everywhere.

This fair derives its name from the maize flower and legends state that the festival began to honour an old lady in ancient times who having nothing to present to the King, took a maize flower as a gift. The King impressed by her simplicity and love began the yearly fair naming it Minjar fair. Another legend states that the Brahmins from Benares prepared a colourful cord which was called Minjar. In ancient times, the river Ravi used to flow between two famous temples Champawati temple and Hari Rai temple. In order to reach these temples, the people had to cross the fierce river and finding it difficult asked the King to solve the problem. The King approached a great saint, who performed a Yajna for seven days. The Brahmins who were invited prepared a cord of various colours called ‘Minjar’. After the Yajna was over to the amazement of all, the river changed its course making the temples accessible to the people. The King then declared the day to be celebrated as ‘Minjar day’. Prayers are offered at the Lakshmi Narayan temple, and people wear silk clothes with a stalk of Maize. People distribute sweets, fruits and money to relatives and friends along with a stalk of maize. During the fair, a decorated idol of a local deity, Raghuvir Verman is worshipped and taken in a grand procession for immersion along with other Gods and Goddesses. After the immersion, a grand pooja is performed and a royal flag is taken back home as a souvenir from the fair.

This fair is held in Rampur on the banks of the river Sutlej and is a trade fair for the exhibition of goods and products. It finds a place in history as it offered trade with Afghanistan and Tibet and was said to have been started to commemorate the friendship between Bushair and Tibet during the reign of King Kesar Singh. It is now organised at an international level with the most popular items sold being Pashmina shawls, dry fruits, handicrafts and artefacts and Chaumukhi horses which are surefooted and abound in the tribal areas. Before the commencement of the fair, the waters of the river Sutlej are churned as per the age old tradition. 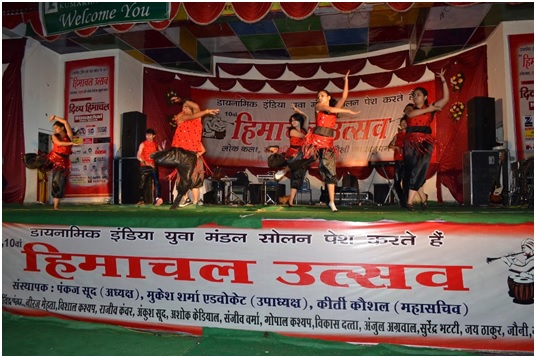 It is also known as the Hadimba Devi fair as it is held near the Hadimba temple at Manali. This fair is celebrated to mark the advent of spring heralding Basant Panchami where the valley is beautiful with greenery and multi coloured flowers. Another fair is also held at Una in memory of the great saint Baba Barbhag Singh. The saint had magical powers which he used for philanthropy and service.

In this festival the people worship Lord Trilokinath at Lahaul by bathing the statue in yoghurt and milk and to the accompaniment of drums, bugles and conches devotees gather at the temple and take a huge procession with a horse around the temple as it is believed that the Lord rides on the horse blessing his devotees. In earlier times, the horse was then taken to the royal palace of the then local ruler. After bathing and feeding the horse, the King would then ride on it to distribute clothes and sweets to his subjects. A butter lamp is kept burning night and day to ensure the presence of the Lord throughout the festival. After the worship and rituals, sacred Prasad of bright cloth scraps is distributed among the devotees, which is accepted with deep reverence by the devotees.

The fair was held in the past by traders as barter ground for their produce. Nowadays, traders and visitors gather together at Kazi in Spiti from all nearby places bringing forth an amalgamation of cultures with various goods and items to be sold.