Wari: The pilgrimage of Kindness

In: Cultural Festivals, Festivals Of The Month, Vedic Culture
With: 0 Comments

Under the roofs of Maharashtra, the festival of Wari is celebrated under open skies and long pathways. It is a holy pilgrimage for about the journey of 21 days begins on 8th or 9th lunar day. This is a journey to Pandharpur for about 250 km. This whole pilgrimage takes place annually and celebrated by the people of Maharashtra via carrying the seat of their holy diety Hindu God Vithoba (an avatar of Lord Vishnu or Krishna). In this way, they pay a holy tribute for their God and carries the Padukas(footprints) of various saints in order to describe it as their God’s diety. In this whole pilgrimage, there will be included many Palkis of mainly Sant Tukaram and hence on the way the whole crowd merges together to reach the destination.

The whole Yatra (pilgrimage) suppose to reach their destination Pandharpur where their main deity is established on the eleventh lunar day, commonly known as ‘Ashadhi Ekadashi’. All across the Maharashtra devotees join this holy event wearing holy basil beads and singing glorious songs to salute and celebrate their holy diety. In this whole journey, people play a very major part of unity and equality. Serving the poor on the way, giving them food and clothes with a kind intention. This festival started centuries ago and till now from many generation people of Maharashtra celebrates it with the same devotion and love to its God. The Palkhi of Sant Tukaram starts from Dehu, while Sant Dynaneshwar’s Palkhi starts from Alandi and the two reach Pandharpur on Ashadhi Ekadashi, considered as a holy month for the people of Maharashtra.

Purpose of the festival:

This whole holy pilgrimage serves many causes across the people of Maharashtra and was entirely an initiative of the people. People who follow up this Yatra are known as Warkaris. Wari helps these Warkaris to find solace and foundation of life. Which also brings them peace for there mere significance and provides a greater purpose to this life given to them. Bringing together the essence of their soul culture the devotees pays a great tribute to the Marathi culture as well. The simple reason for this Yatra is there is no purpose greater than devotion, love, and BHAKTI. 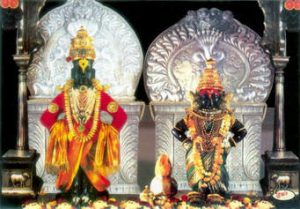 This whole journey is independent and without any specific registrations or involvements. The whole purpose is to serve and support. Precisely looking then this starts during Monsoons in Maharashtra, abolishing all kind of unkind acts. The best thing about Wari celebration is anybody from anywhere and of any cast can take part in it. The caste system is not patronized and hence it motivates the other communities as an example of unity and non-discrimination. In fact, the government helps set up all the arrangements during the whole journey and welcomes all communities with ease.

This festival supports women to be part of this holy journey. The involvement of women has become a revolutionary change. Although the Hindu scriptures and Indian history have many Gods and Goddesses, and each individual is bound to celebrate them. But somewhere down the line women were always given lesser importance than men in society. The man always served the world vision and women had an inbound vision of staying at home and establishing the family and of course follow what husband or father says. But if we overlook the recent history of Maharashtra Saints like Muktabai, Janabai, and Bahinabai had brought up an illuminating and patriarchial change and movement in women empowerment.

Even focusing on the event Lord Vitthal is called as ‘Vithu Mauli’ and Sant Dhyaneshwar is called ‘Dhyaneshwar Mauli’, this convenes ‘Mauli’ denotes Mother and comparing these divine figures with Mother and not the father brought out big respect for women. This is how the women play an important part in this whole process and all the women out there also takes part in this Yatra, performing and serving several activities. 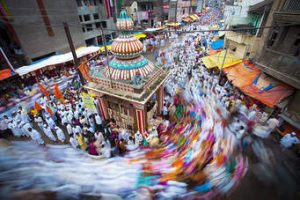 Generally, the rituals and festivals in India were patronized and influenced by Royal courts and families in history. On the other hand, Wari was the event completely started by Saints and common people of Maharashtra. Which is undividedly practiced by society and its subclasses. Unlike other festivals and Yatras of India which was established by the Noble families and high-status groups of the society, Wari has never influenced or introduced any such ritual. Clearly started by the Saints and followed by all groups, Wari has won world record award for its divine and ritualistic presence.

Talking about the government and political views, this event does not interfere with any interests of the government. More or less the existence of this event has brought out the kindness and strength in the people who follow this every year with more or fewer intentions.

Festivals like this generally encourage nationality and unity amongst several communities across the world. A great event to attract tourists as anyone is welcomed and everyone is respected if to be followed by their holy pilgrimage. The huge event serves a greater comfort to the travelers who walk during the event. Food and shelter on the long are arranged by the Pandharpur town people. And hence a lot of economic activities takes place during this time. 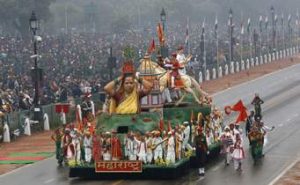