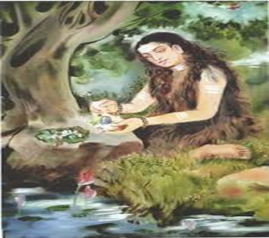 According to Hindu scriptures, ancient women are considered as very pure and chaste. Some great women rishis are also mentioned in the Vedas, due to their good knowledge in the divine subjects. Ancient popular female personalities include deities such as Sita, Druapati, Rukmani and many more. The following are the details of some of the ancient chaste and holy divine women.

2021-10-06
Previous Post: Let Us Always Be Happy Even During Difficult Situations By Chanting The Glories Of Lord Krishna
Next Post: Navratri