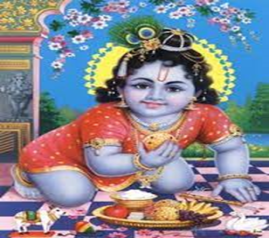 Generally in small and in some medium sized concerns, in their business account, they would maintain a separate account, which is popularly called as God’s Account, and every year, during the beginning of the Accounting year, that is on 1st April, some amount would be set aside for performing pujas, and for the purpose of offering donations to the temples. This amount would be untouched by the staffs, and it would be utilised for the devotional purposes only.

Even the ancient Hindu kings, used to keep an amount for spiritual purposes, and the account would be maintained by the book keeper. Ancient book keepers would use to maintain accounts in the palm leaves, and they used to write the details using wooden pen and ink, prepared out of the juices of the plant. In an ancient manuscript of a famous Hindu temple, it was mentioned that an Accountant was severely punished for doing fraudulent activities in the God’s account, and his palm was broken using a hammer. This punishment was given to him, in order to stop doing the fraudulent activities again and again by the Accountants.

Ancient kings were considered even their wealth as god’s gift and they have donated large portion of their wealth towards constructing temples. But nowadays, even in some temples, it is believed that some fraudulent activities were taken place. Some people are considering God’s wealth as their own wealth, and they are very much interested in looting the wealth, by thinking that god is sleeping. But they should keep it in their mind, that god never sleeps and he wakes for several millions of years, and still he is actively watching our activities through his watchful eyes.

Hence, we must also set aside some portion of our money for doing temple related activities, like fixing of bulbs in the temples, cleaning it using cleaning materials, helping the temple staffs in discharging their day to day activities like lifting the Urchava Idols in the Chariot during processions, and fetching of milk and other items for the holy bath of the idols.

In the Bhagavat Gita, Lord Krishna says, “Whatever money you have, originally belongs to me only, and just for time being, you owe it. Don’t keep too much of interest on procuring more and more wealth. Instead of that, keep more and more bhakti on me, and by doing that, you would earn lot of spiritual wealth, which would never be destroyed, and it would get accumulated in your future births also”.