Let Us Praise Our Holy Hinduism 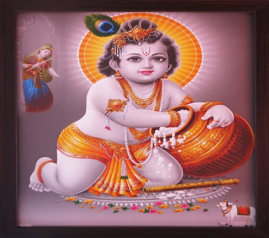 LET US PRAISE OUR HOLY HINDUISM

We have to always keep utmost faith on god and on our holy Hinduism. Only if we have faith on our Hindu religion, we would have faith on our gods and goddesses. Our Hindu religion is followed only in India, and there are lot of countries who follows other religious principles and practices. If the religions like Christianity and Islamism are sincerely followed by various countries in the world, with their Holy Bible and Holy Quran, then with our Millions and Millions of Hindu books, why we are unable to spread the essence of Hinduism throughout the world? Our sweet Hinduism exists since Vedic times, and we cannot tell the exact date of the beginning of Hinduism, since as per our Holy epic Ramayana, Hinduism exists even before several millions of years ago.

The great Hindu sages like Vasishta, Narada and Bhrigu were in existence since the time of creation. But Some Hindu people are simply commenting on these sages, that they are all imaginary characters, without going through the details about their life history.  Prahalada is a great devotee of Lord Vishnu, and he lived during the Krita Yuga, which was considered to be the first Yuga, and similarly Dhruva also lived before long time ago, and still he appears to our naked eyes in the form of the divine star in the skies, by thus proving that he still exist in his divine world.

The details about these Bhagavathas are available in our Holy Bhagavatham, which is considered as very sacred by our Hindus. From the life history of the great Madhwa Saints, Sri Vyasaraja and Guru Raghavendra, we can knew, that they were the ones, who took birth as Prahalada in the Krita Yuga, and still in Guru Raghavendra Brindavanams, we can find the Utsava Idol of Prahalada, and most of the pujas are done to him also. But even after studying all these things, by joining with other religious people, some people in our Hinduism comment about these great saints and the Bhagavathas, by telling them as unreal and fake.

We also must accept that slowly our Hinduism diminishes due to our disinterest to propagate the essentials and the sweetness of our holy Hinduism amongst the world. It is our duty to respect all other religions also, but at the same time, we should not keep watching about the slow death of our holy Hinduism. Big Corporate Giants who belongs to Hinduism must come forward to spread our Holy Hinduism amongst the masses, by establishing new devotional Hindu websites to promote our Hinduism, and also by the way of including lot of Puranic incidents into their websites.

Hinduism is an ancient religion, and lots of proofs are there about the existence of our Hindu gods like Krishna, Rama and Lord Venkateswara. Still if we keep on doubting about these lovely gods, then there is no use in taking birth as a Hindu at all. Getting converted to other religions is like abandoning our parents, and accepting someone else as our own parents. Converting to other religions is also considered as a sinful activity, and those who gets converted to other religions, must have to face the dire consequences of it from the great almighty. Though at the present stage, it looks like that our Hinduism slowly decline in India, but actually Hinduism cannot be destroyed by anyone, since our Holy Krishna acts as a major pillar for our Hinduism.

Hence let us praise our Holy Hinduism, worship our deities, and let us be blessed.