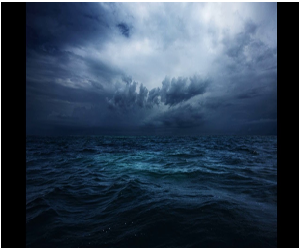 During every yuga, except a few sages and saints all of them would be destroyed. As per Macha Purana, it is said, that during the time of deluge, Lord Vishnu had taken the fish avatar, also called as Macha, and asked Lord Manu, son of Lord Brahma, and few sages to take a boat and to reach the holy Himalayas. Lord Macha had tied the rope of the boat in his teeth, and made them to safely land in the holy Himalayas Mountain ranges.  Then after some time, the entire universe was taken away by the ocean. Lord Manu and the sages stayed safely in mount Himalayas, and helped Lord Brahma in his creation work during the next yuga.

Some of them are of the view, that during the time of deluge, only the earth would be destroyed. But as per puranas, during the time of Maha Pralaya, the entire universe would be destroyed as per the will of the almighty. But at this present period, there is no need to worry about it. Since out of the entire period of 432000 years of Kaliyuga, we have crossed only 5300+years, and still we have the remaining 426000+odd years for the completion of the kali yuga.

But by seeing the recent happenings occurring all over the world, we are having the doubt whether this Yuga would be completed much earlier, since we are struggling from lot of problems in our life like diseases, unemployment problems, enemy attacks and terrorism. Let us pray wholeheartedly to Lord Krishna to save us from all types of problems, and let him give a happy and peaceful life for all the living beings in the entire world.