Temples Are The Most Sacred Places In The Earth 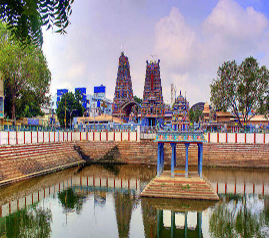 TEMPLES ARE THE MOST SACRED PLACES IN THE EARTH

The place Thiruvannamalai has attained a good status, since the holy Temple of Lord Arunachaleswarar is situated there. It is also believed that even the divine devas from the heaven used to visit the sacred temples in the earth like the Kashi Viswanath Temple and Arunachaleswarar Temple during auspicious days, in order to worship the deities present in the temple. Some elderly people used to eagerly tell like this, “During my childhood, I have played in the Guruvayur Krishna Temple and Thrissur Vadakkunnathan Shiva Temple”, like that. Before visiting the temples, we must apply the sacred things on our forehead like the sacred ash, Kumkum and the sandal paste, which is very much liked by Lord Krishna.

Since it is believed that there are no temples in the heaven, for offering the prayers to the god the Divine Devas are coming to the earth. But some of us are not considering the sanctity of those sacred places, and we are not showing our interest to visit those sacred places. In ancient times, there are millions and millions of temples situated in the earth. But due to damage and destruction of the temples, at present we don’t have so many numbers of temples, when compared with ancient period temples.

Temples are to be considered as a part and parcel of our life. It acts as a pillar for the devotees, and once if the temples keep on decreasing, then we would land up with big problems in our lives, since the deities present in the temples are considered as very powerful, and once if we ignore them, and if we didn’t take care of them, then definitely we would get the curse from them. According to me, instead of building more and more temples, first of all, we have to take care of the ancient temples by preserving it properly. Temples are a must to visit places, and we should consider temples as our second homes, and whenever we are out from our homes, apart from visiting shops and other necessary places, our legs must walk to temples only, since temples are not ordinary places, but they are the abode of the deities itself.