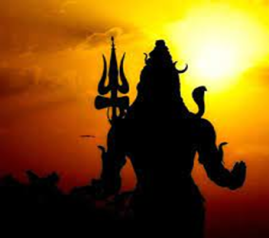 The Thiruvilaiyadal Puranam is a collection of the various divine plays performed by Lord Shiva in the life of his devotees in order to test their true bhakti, and these interesting incidents were written by the 16th-century Shaivite Saint and Poet Sri Paranjothi Munivar, and he was born in a pious Shaivite family at Vedaranyam situated in Tamil Nadu, and he became a popular Shaivite saint in his later part of life. He was an ardent devotee of Ma Meenakshi also, and it is believed that Sri Paranjothi Munivar had written the wonderful text, Thiruvilaiyadal Puranam, as per the orders of Ma Meenakshi, which she conveyed it to him in his dream.

In the sacred city of Madurai, Lord Shiva had performed his divine plays which are considered as wonderful by his devotees. Some of the divine plays performed by him are given below.

During the time of Lord Sundareswarar and Ma Meenakshi’s marriage at Madurai, Lord Shiva had invited his divine attendants to participate in the grand ceremony. The marriage arrangements were made fantastically by the parents of Ma Meenakshi, and as a result, the divine mother, Meenakshi also got some pride on her mind. In order to remove the pride from her mind, Lord Shiva brought his attendant Gundodaran to the marriage, and made him to eat the entire food stuffs prepared by the cooks. Due to that, Ma Meenakshi had realised her mistake, and fell down at the feet of her consort Lord Shiva, who was in the form of Lord Sundareswarar, and she sought apology and also asked him to forgive her mistake.

Once, Manickavasagar, the great Shiva Devotee, served as a Minister under the Pandyan king, Varagunavarman. The king gave some wealth to Manickavasagar and asked him to buy horses for that money. Due to his great devotion of Lord Shiva, instead of buying horses, the great saint Manickavasagar, had spent all the money given by the king towards spiritual activities. Then out of his utmost devotion on Lord Shiva, the king came to knew about the significance of Manickavasagar and released him from the prison, and also gave him lot of wealth to continue his spiritual activities.

Once, people began to suffer from heavy flood in Madurai due to enormous flood caused by the Vaigai River. As per the orders to the king of that region, everyone began to place sand on the shore, in order to control the huge River flow. At that time, an old lady who was selling Pittu, a form of eatable, made out of rice and sugar, was unable to discharge the work given by the Pandyan King, due to her old age. At that time, Lord Shiva took the form of a small boy, and agreed to do her work, and in return for that, he was given some quantity of Pittu by the old woman. But even after eating the Pittu, the boy didn’t do any work, but began to dance. On knowing about this, King Pandyan had got very angry with the boy, and without knowing that he was the great Lord Shiva, he began to beat him with a stick. As soon as the blow falls on the body of the boy, each and every one in the world, including, birds and animals received the blow given by the Pandyan King, and he himself got the blow on his back. Then the boy was transformed in the form of Shiva, blessed everybody and disappeared from that place.

In another incident, Lord Shiva removed the ego of the Jain Monks, and made them to realise the importance of Shaivism. Likewise he has done lot of playful acts, similar to our sweet Lord Krishna, and all those plays teaches us a nice lesson, and also makes us to develop more and more Shiva Bhakti.