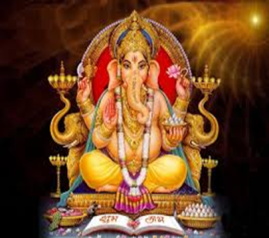 Hinduism is an ancient religion, and it had been followed since Vedic period. Many great saints and sages have glorified Hinduism, and they preached the importance of Hinduism throughout the world. Lot of saints and sages have taught us good teachings, which are very useful in this present day world.

Those who follow the Hinduism religion are called as Hindus. Ancient Hindus have dedicated their entire life on worshipping the god, and they have strongly followed the teachings of the great saints like Ramanuja, Madhwacharya and Adishankara. Shaivites and Vaishnavites are moved in a cordial manner, and they didn’t show enmity between each other. No one had tested about the existence of the Hindu gods and goddesses, and they have got great faith in Hindu deities, and considered them as best companion in their life. Most of the people had regularly visited the temples, chanted the mantras, and used to sing melodious songs on the deities. Parents used to tell divine stories about the Hindu gods and goddesses to their children, and made them to involve in the bhakti path. Old people, and even young people, used to visit Kasi and Rameswaram by way of walk, and they used to stay in the guest houses during night times, and they would eat their food in the Annadana shelters. Most of the ancient kings had done lot of good things to the people like construction of rest houses and free food centres for the pilgrims and to the poor people.

But nowadays, even though there are lot of transport facilities, most of the people are postponing their holy trips to distant places. They are finding it comfortable to visit the temples located nearby their houses, and they are considering those temples as equivalent to Puri, Jeganath Temple, Pandurang Temple, Pandaripur and Kasi Viswanathar Temple, Kasi.

Similar to the Christians who are wilfully visiting the churches, worshipping their holy god Lord Jesus Christ, and performing mass prayers during Sundays, it is advisable for the Hindus to compulsorily visit the temples, at least once in a week, and worship the holy gods and goddesses, in order to get spiritual energy in their mind and body.

Some Hindus are getting confused about our divine deities. In order to get a proper idea about the Hindu deities, they must read our holy scriptures like Ramayan, Bhagavat Gita, Mahabharata, Puranas and Srimad Bhagavatham. Each and every Hindu must have a Bhagavat Gita book in their house, and they must consider it as the holy Bible, and the holy Quran, and must read it regularly, in order to get the grace of Lord Krishna Bhagavan.