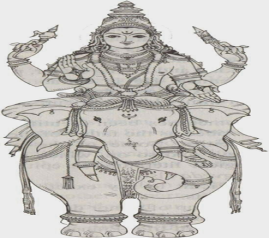 Lord Indra is the god of heavens, and he is our respectable worshipful god. He is mentioned in Vedas and Puranas, and he is considered as a powerful deity, who controls the various lokas through his high skills and powers. He is the giver of boons and the fulfiller of wishes. Worshipping him would give us all kinds of prosperity in this earth, and also due to his grace, we would get an opportunity to serve him, and the Divine mother Indrani, in the Indra Loka.

Festival for Lord Indra is performed since ancient times, and the details about it were mentioned in the great epic Mahabharata. Celebrating the festival of Lord Indra Bhagavan, would make him to feel happy with us, and due to that, he would shower heavy rain throughout the world. As a result of that, all the crops would grow up properly, and the earth mother Mata Bhudevi would become cooled, and due to that, she would shower her grace on us.

Indra Jatra is a grand festival celebrated by certain community people in Sikkim and Nepal, and it is celebrated with much interest and enthusiasm. During the Indra festival, Puja would be done to Lord Indra, in order to seek his help for getting heavy rain. The idol of Lord Indra would be seated in a golden chariot, decorated with flowers and golden ornaments, and lot of cultural programmes like dance performances and music performance would take place. The various names of Lord Indra and Mata Indrani would be chanted and their mantras also would be recited.

This famous Indra festival is celebrated during August-September for a period of one week, and it brings the festive mood of the devotees of Lord Indra. According to my opinion, we can also celebrate the festival of Lord Indra, once in a year, in some famous temples of India. Worshipping Lord Indra is equivalent to worshipping Lord Vamana, an avatar of Lord Vishnu, since both of them are the sons of Mata Aditi and Rishi Kashyapa.

2021-10-07
Previous Post: Burning Of Our Bad Karmas And Attaining Salvation
Next Post: Worship Is Never A Waste