One God or Many Gods

The focus of supremacy in different Hindu traditions and Sampradayas is on the deity that is worshipped. Among the Vaishnavas some believe Bhagwan Vishnu to be supreme, while others believe Bhagwan Rama, Krishna or Swaminarayan as the Isbtadeuata of their respective Sampradayas and so consider them to be the supreme God. The Shaivites believe Bhagwan Shiva to be supreme and the Shakras believe goddess Parvati or her manifestations to be supreme. The Smartas either worship Vishnu, Shiva, Shakti, Surya or Ganesha as the supreme deity or they believe in all five of them. Hinduism allows this freedom of worship and belief of supremacy by devotees of various deities in different traditions. Therefore, in each Hindu Sampradaya there prevails the principle of one supreme Pararnatrna without denying the existence of the other deities. This does not mean that there are many supreme Gods or deities in Hinduism, but that the one supreme Paramarrna is believed by various followers to be the respective deity they worship in their tradition and Sampradaya.

The Rig Veda states “Ekam sat vipraha bahudha uadanti.” – “To what is One, wise seers give many names.” Furthermore, any devotee, through his or her Sadhana of genuine devotion, prayer, meditation, service, etc. to his own deity, will eventually be blessed with the realization of the supreme Paramatrna.

What is important is that the different deities, as murtis or sacred images, in mandirs help the devotee in realizing the divine Reality.
We briefly describe the avatars and the deities of the Hindu pantheon as the following:
VISHNU
Bhagwan Vishnu, also known as Mahavishnu, is responsible for sustaining and protecting all creation. Vishnu means “one who pervades” within all souls and all of creation and beyond.
So he is both a transcendent and an immanent reality. Another name of Vishnu is Narayana. Vishnu is described as reclining on the coils of the giant serpent Shesha or Ananta in an ocean of milk (Kshira-Sagara), Shesha is believed to have one thousand heads that support the worlds. Lakshmiji, Vishnu’s consort, massages his feet while he sleeps between the period of destruction of one yuga (cycle) and the creation of the next.
In his yoga nidra (contemplative light sleep), when he thinks about creating the next yuga (era), Brahrna emerges from his naval sitting on a lotus. When Vishnu wakes up, he instructs Brahms to commence the process of creation. Vishnu is commonly described as having a sky blue skin, because, like the blue sky, he is vast, infinite and all-pervading. Iconographically, he is shown to be standing alone or reclining on Shesha with Lakshmi pressing his feet. He has one face and four arms holding a shankha (conch), chakra (disc), gada (mace) andpadma (lotus); he wears the jewel called Kaustubha, has a curl of hair on his chest called Shrivatsa and wears a garland called Vaijayanti. His four arms represent the four directions, thus it is believed that he has absolute power in all directions. The sound of his shankha frightens the demons and they run away. With his chakra and gada he destroys the enemies of humanity. And the padma symbolizes purity and transcendence.

The Vaishnava tradition maintains that Bhagwan manifests himself in the world in mainly four ways:
Through his avatars (vibhava) upon earth in times of darkness.
Through the consecrated murti (archa) in mandirs.
In the hearts of all beings as their inner controller (antaryamin) Through the God-realized guru.

AVATARS (INCARNATIONS) OF BHAGWAN VISHNU
Bhagwan comes to earth in a human or other form to destroy evil and restore Dharma and thus preserves the social-ethical order. I His major avatars or incarnations are ten, however the Puranas and other Shastras mention that there are twenty-four and more.? With respect to the magnitude of his task he either takes an amshavatara, aveshavatara or purnavatara. 3 Given below is a brief account of Vishnu’s ten principal avatars.
MATSYA
KURMA
VARAHA
NRUSIMHA
VAMANA
P ARASHURAMA
RAMA
KRISHNA
BUDDHA
SHIVA

Hinduism has offered many aspects of looking at it, one of that is the concept of many Gods. The idea behind this according to the scriptures was every century the Supreme God incarnated to protect the evil from the planet. The most spectacular way to understand this is that in Hinduism the God is not different and exist everywhere. The concept of heaven far away is spiritually departed, because it is inside each and every existing soul. It is described in the consciousness of that third brain, which unintentionally needs to be discovered. This is wholly practical, where each soul has a particular time, when we bound by an extreme spirituality. This is a liberal belief of one who responds towards the particular behavior and faith. Although the country is famous for its Godly Avataras, depending on the region. Each diversity follows each sort of belief and hence that belief has created a God of their own.
Divinity has its roots to love, compassion, dedication, wisdom, comfort and belief in our eternal Hindu society, guided by the spiritual entrances or deities called Gods. With each perception and acceptance the concept of Gods has become stronger. Whether its Rama or Vishnu. Then comes the worship, to detoxify the souls and society. Includes languages, arts and many mystical rituals which makes this whole concept different than anything else in this world. Although there are million of deities, but all are seeds from one fruit. The holiness relies on the faith and the truth of human society.
Hence, the Hindu mythology nurtured the Avatars and their great history on earth with great roles in Hindu society. Giving a great message and uniting the beliefs of each human being, not just India but the whole world. 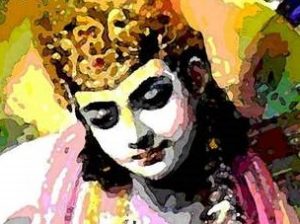 2019-07-04
Previous Post: Why do some people wear the Mala around their neck?
Next Post: Famous Dance Forms of Manipur