Why do we wear tilak on the forehead?

In India all Hindus, both men and women wear Tilaka, a particular sign on forehead. It is known as Tilaka. It has much importance in the Indian culture. It also depict about the religious tradition of the people.

As a part of worship

When is it applied

It is applied daily after a bath and on special occasions, before or after ritualistic worship or a visit to the temple. In many parts of North India it is applied as a respectful form of welcome, to honour guests or when bidding farewell to a son or
husband about to embark on a journey.

As a symbol of cult

This custom of wearing Tilaka was not prevalent in the Vedic period. It gained popularity in the Pauranic period. Its form and colour vary according to one’s religious sect or the form of the Lord worshipped.

It is also considered as a cult symbol. Shaivas apply horizontal Tilaka like a straight line or just curved line. On the other hand, Vaishnava applies vertical Tilaka. It is either straight line or ‘U’ shape. Shaktas followers of Shaktism apply circular Tilaka.

Significance of Tilaka for Women

For a woman, wearing Tilaka denotes her marital status. In many communities, it is enjoined upon married women to sport a kumkum mark on their foreheads at all times. A woman whose husband is alive should always wear Tilaka as Soubhagyalakshna, a sign of good fortune for the husband.

Widows are not allowed to wear Tilaka. In some places they wear black coloured Tilaka.

The Chaturvarnya custom in which four fold caste system was prevalent, Braahmana, Kshatriya, Vaishya and Sudra applied marks differently. It is mentioned in Smriti literature that, Brahmin should apply a white chandan mark signifying purity as his profession was of a priestly or academic nature. The Kshatriya should apply a red kumkum mark signifying valour as he belonged to the warrior races. The Vaishya should wear a yellow kesar or turmeric mark signifying prosperity as he was a businessman or trader devoted to creation of wealth. The sudra applied a black bhasma, kasturi or charcoal mark signifying service as he supported the work of the other three divisions.

Why we wear Tilaka

The Tilaka invokes a feeling of sanctity in the wearer and others. It is recognized as a religious mark. The chandan, kumkum or bhasma which is offered to the Lord is taken back as prasad and applied on our foreheads. The Tilaka is applied with the prayer ‘May
I remember the Lord. May this pious feeling pervade all my activities. May I be righteous in my deeds.’

The Tilaka covers the spot between the eyebrows, which is the seat of memory and thinking. It is known as the Aajna Chakra in the language of Yoga. The entire body emanates energy in the form of
electromagnetic waves the forehead and the subtle spot between the eyebrows especially so. That is why worry generates heat and causes a headache. The Tilaka cools the forehead, protects us and
prevents energy loss. Sometimes the entire forehead is covered with chandan or bhasma.

Followers of Lord Shiva applies Vibhuti/Bhasm, which means ash and it is traditionally gathered from burnt woods from yajna, cow dung cake or incense sticks after prayer. It is believed that applying Bhasm/Vibhuti on one’s forehead brings glory, destroys evil and protects from ill health.

It is said that applying Kumkum Tilak is compulsory for a married women as women are said to be “Ghar Ki Lakshmi.” Kumkum is turmeric powder, turned red by adding lime and usually worn in round form during prayers. The unpretentious scent produced by kumkum can pull in and radiate the Pavitrata of Deities. It is believed that a lady who wears kumkum is shielded from negative energies as kumkum transmits positive frequencies.

Now it is scientifically proven that applying tilak on the forehead is beneficial because tilak is worn in exactly the same place where the Ajna Chakra is i.e. the place of the third eye. Hence the benefits of applying Tilak are numerous.

So now we know that applying tilak on the forehead is not just a cultural or spiritual belief but one with scientific background. In Hinduism, there are many rituals and customs which we follow because it is been taught but there is a reason behind every tradition, story, or a culture, that is important to understand. 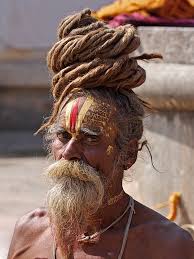