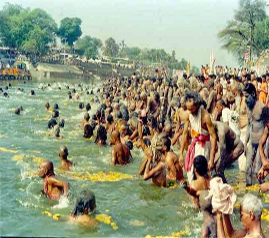 Amavasya means a no moon day, since during that day, moon would not be visible in the skies. Amavasya is also meant for performing Pitru Tarpana Rituals in the temple tanks, which means, performing rituals to our ancestors. Amavasya which occurs during Diwali is considered as very auspicious, and also the Mahalaya Amavasya, Aadi and Thai month Amavasyas are considered as very important days for performing rituals to our ancestors. Some people would say Amavasya as auspicious, whereas some would say it as inauspicious. Some also would tell that those who take birth on Amavasya day would become thieves and their lives would be covered with full of darkness.

I was also born on an auspicious Amavasya day, and though I have suffered from some big as well as from some small problems in my life, but however, I feel that during my each and every moment, the great almighty is safeguarding me, and till now, somehow, I manage to run my life successfully.

When Amavasya occurs on Monday, it is called as Somavati Amavasya, and during that time, worshipping Lord Shiva in the Shiva temples is considered as very auspicious. When Amavasya occurs on Saturday, it is called as Shani Amavasya, and worshipping Lord Shani Bhagavan on that day would please him, and he would reduce the severity of our problems. Special pujas are also being performed in some temples like Ramanathaswamy Temple, Rameswaram, during Amavasya days. Those who suffer from mental illness are suggested to visit Shiva and Shakti Devi temples during Amavasya, in order to get calmness in their mind.