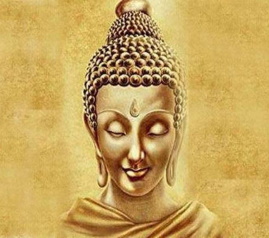 Siddhartha (480-563BC) also called as Gautama Buddha, was a monk, teacher and religious leader and he was the founder of Buddhism. He is believed to have lived in India.

Gautama is the main person in Buddhism, and he was born in the Shakya clan. It is believed that, Gautama was born in Nepal, and lived in Kapilavastu.

According to Buddhist tradition, he obtained his enlightenment in Bodh Gaya, gave his first lecture in Sarnath, and died in Kushinagar,Uttar Pradesh.

Gautama was born to a Hindu family, the son of Suddhodana and Mayadevi. Suddhodana was the ruler of Kapilavastu.

Buddha’s Birthday is called as Buddha Purnima and it is celebrated widely in Nepal and India, as he is believed to have been born on a full moon day.

At the time of his birth, several scholars have declared that he will become a great saint in his future life.

Since his mother has died a few days after delivering him, siddhartha was brought up by his mother’s younger sister, Maha Pajapati.

When he reached the age of 16, he was married to Yasodhara. And they had a son named Rahula.

At the age of 29, Siddhartha left his palace for seeking enlightenment and to become a monk.

Gautama initially went to the present day Bihar and began his saintly life by taking alms in the streets.

After some time Buddha is said to have travelled in Uttar Pradesh, and taught the philosophies of Buddhism to all kinds of people like rich and poor, good and bad.

Lord Gautama Buddha was a very great saint and he has left all of his comforts at his younger age itself, and went in search for spirituality. He has founded a very good and great religion, which teaches the ahimsa, that is not giving harm to other living creatures. He also told stories to the people during his religious meetings with the people, and also told the ways to eliminate our karma by reducing the worldly pleasures in our life. According to his famous saying, “Even when our body cannot be healed, but our soul can be healed”. This can be obtained by doing good things to others, meditating for getting calmness in our mind, and not doing any harm to others, and to follow the principles of Buddhism.

Hence, let us live our life happily and peacefully, based on the teachings of Lord Buddha, and also let us chant his 108 wonderful names, and let us be blessed.