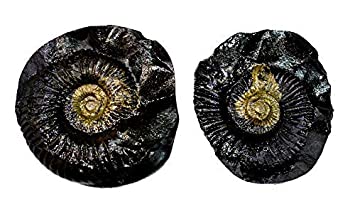 Salagrama or Shaligram refers to a type of shell used in South Asia as the divine power of                        Lord Vishnu and worshipped by the devotees of Lord Vishnu.  Shaligrams are usually available in the holy rivers such as the Gandaki River in Nepal. It is considered as a sacred object, and Vishnu devotees would prefer keeping it in their puja rooms at their homes, and used to worship it as a daily practice. As per ancient puranas, it is also believed that the great kings like Bhakta Prahalad, used to worship the Shaligrams during the time of the puja, and due to that, they have ruled their kingdom in a prosperous manner.

The colour of the Shaligram is black and contains shining appearance. Shaligrams would be largely available in the Himalayas and Nepal. Worshipping of Shaligrams is done by the Hindus for several thousands of years. The details about saligrams are also available in ancient Puranas and in Holy texts.

Saligrama worship of Vishnu is the common Hindu practice. The largest Shaligrama can be seen at the Jagannath Temple, at Puri in Orissa. The statue of Lord Vishnu in the Padmanabhaswamy Temple, Thiruvananthapuram is also believed to have been made from the Shaligrams of the Gandaki River. A Shaligrama is worshiped as a form of Lord Vishnu, and keeping the shaligrama in our homes, would bring good fortunes in our life, and we would shine in our life. It is also believed that keeping the Shaligrama in our homes, would reduce our sins, cleanse our mind, and removes our diseases.

Hence let us keep Shaligramas in our home, in order to lead a pleasant, sin free and a trouble free life.