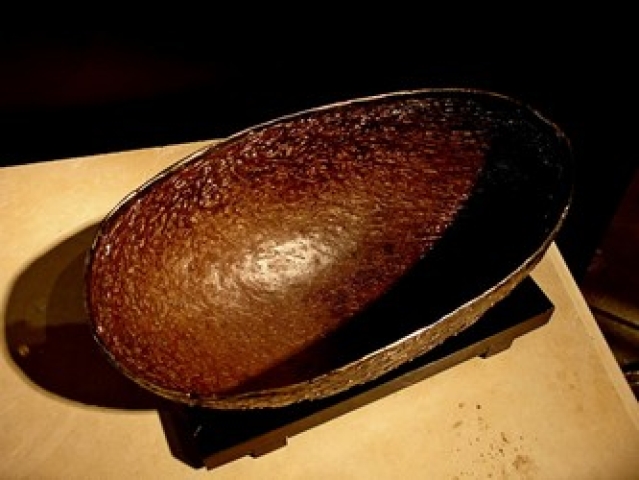 Thiruvod is a part of a certain type of palm tree found in the islands of the Seychelles, Africa, and the object Thiruvod would be mostly found in the hands of the Hindu Saints. This is called as Cocodimer in English. It is the world’s largest seed, which contains half a meter in length and weighing up to 25 kg. It is used by the Hindu saints while taking alms. The Thiruvod is considered as a sacred object, and donating Thiruvod to Hindu saints is considered as a noble act.

The history of Thiruvod is found in ancient Hindu texts, and the ancient sages would be keeping it in their hands, and would use it during the times of taking alms. It is a general practice to donate either money or food in the Thiruvod. Many great sages favourite item is Thiruvod. The Thiruvod is reusable and it can be used for plenty of times, since it is a thick item. Ancient female saints also used to keep Thiruvod in their hands, and people would kindly provide food to them in the Thiruvod, by treating them as the divine incarnation of Mata Parvati Devi.

In North Indian cities, villages and towns, lot of sadhu saints would be keeping the Thiruvod in their hands, and used to affectionately call us “SHIVA PLEASE PROVIDE FOOD OR MONEY IN THE THIRUVOD”. Mostly in Varanasi, near the Kashi Viswanathar temple, lot of sadhus would contain big moustache and beard and used to wear saffron clothes, and contains a big Thiruvod in their hands. It is believed that donating food to the sadhus in the city of Varanasi is considered as donating food to Lord Shiva itself! Varanasi is such a holy city!