The Power of a Mantra 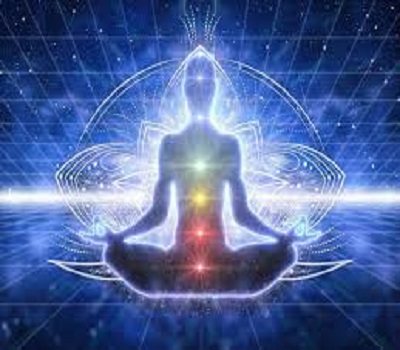 A mantra is a string of words chanted repeatedly to produce certain results. The term mantra is derived from the Vedas and is a Sanskrit term which literally means ‘sacred utterance’. It is a poetic hymn which, if uttered authentically and correctly, transmits itself into the environment to produce certain vibrations. It has the power to manifest into the reality of our lives and living condition.

As mentioned in Hindu Scriptures, this whole universe is an ultimate energy which takes form once it comes into contact with panchadhatu i.e. the five elements namely water, air, fire, earth and ether. The energy that takes a form exudes certain vibrations or waves that travel in unique frequency. Thus, we are completely surrounded by our energy fields but our actions, thoughts and emotions attract/repeal only certain energy that falls in that particular frequency.

How does a Mantra Work?

Mantra helps to manifest your ambitions into reality via the vibrations that it creates when chanted accurately. However, this only occurs when the vibrations of a mantra resonate with your own vibrations. An example will make the concept clearer. Just like sound waves or pictures present in the atmosphere can be picked up only by the antenna to produce accurate results, the vibrations present in our surroundings can only be picked up via correct chanting of mantras. Again, chanting this unique combination of words also produces vibrations in one’s body as well as the surroundings.

It is said that more than the number of times it is the amount of sincerity that counts for gaining maximum results from mantra chanting. Ideally, a mantra should be chanted for 108 times continuously, only with pure devotion and affection towards one’s Lord.

Owing to lack of time or for some other reason, many people chant mantra for 5, 11, 25, 51 or 101 times. Chanting mantra in smaller number but with pure heart and continuous effort helps turn the mind unwavering and focused on concrete goals of life.

Significance of a Rosary

A sacred chain made up of 108 beads is called a rosary (japa mala or mala). The beads keep an accurate check on the number of times a mantra is chanted. For propitiating and meditating on aspects of various gods, different material beads are chanted.

Rosaries are of different kinds and materials. They are as follows –

Shisham or Rosewood – For offering prayers to Lord Ganesha

Vaijanti Mala – For Devi mantras; for Vishnu and Lakshmi propitiations

Sanskrit – The Language of a Mantra

Sacred of all languages and the one even used by Gods, Sanskrit is the language in which most mantras are chanted. Since Sanskrit is a complicated language and requires certain level of expertise, it is extremely essential that one utters the correct pronunciation of each and every syllable and learn the technicalities associated with the mantra chanting in this language.

Remember, mantra is a set of specifically chosen words that produces definite vibrations and these vibrations in turn produce required results related to the fulfilment of one’s goal.

Mantra chanting is a holy concept and hence one needs to practice it with pure mind and body. Following steps are required to be fulfilled before chanting a mantra –

·         One should follow a ritual bath for pure and healthy mind and body.

·         Clean the place where one would sit for practicing mantra.

·         One should sit facing the east or facing the Sun while chanting.

·         It is always more fruitful to chant mantra in the early morning when the environment is fresh.

·         Mantra chanting in the early morning on an empty stomach bears the best results.

·         At the initial and learning stage of mantra practice, it is obvious that one’s mind and body would get dragged towards unnecessary thoughts. The gradual practice helps one to keep his mind from wandering and fix it on a particular goal that one wishes to fulfil.

Setting off Karmas with Mantra Chanting

Hindu philosophy of birth and reincarnation revolves around the concept of karmas. The actions that one takes in life all together form the karmas and these karmas are not set off in one single birth. In a particular birth, one may have to bear the positive or negative effects of the many previous births. Again, it may so happen that the deeds one performs during a particular birth may be set off in the following birth/s. Actions always speak the language of karma and from this theory the concept of ‘prarabdh’ arises.

Various incarnations and one’s cycle of birth and death give rise to the theory of ‘prarabdh’. One may wonder how ‘prarabdh’ works or is evident in one’s life. Well, one may notice sometimes that a person, despite not being a good human being, is enjoying all the luxuries of life; on the other hand, a person who is ethical and has adopted all moral practices is sometimes living a slave’s life. This happens because of ‘prarabdh’ i.e. manifestations of one’s past accumulated karmas into this life. Therefore, in spite of feeling hopelessness a noble person should continue living an ethical life thinking this would bear good results at some point in the following births.

It is said that mantra chanting helps in building stronger mental impression or forming of mind in a person. In other words, it is also said that mantra chanting forms sanskaras (culture, ethos, values, etc.) in a person that directly or indirectly adds into one’s karmas. Hence, for those who have understood the concept of moksha or salvation, for them bhakti (chanting) is a crucial way of life. Chanting has the ability to provide beneficial results and produce positive karmas to help a devotee strive towards the desired goals in life.

As mentioned in the ancient scriptures, without expecting anything one should keep chanting on regular basis and leave the rest to God. If one is devoted with positive mindset, it will only bear positive and best results in life.

How To Use Japa Mala Beads