In: Bhakti, Way Of Life
With: 0 Comments 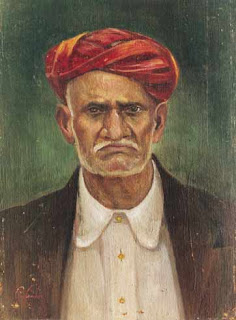 INTRODUCTION
Tatya Kote Patil plays an important role in the life of Sai Baba. Tatya maintained good relationship with Baba and was being protected by baba from his childhood. He was a favourite child of Sai. Tatya Kote Patil was born in a farmer’s family. His mother was Bayajabai, and was considered as an affectionate sister of Sai. And Baba himself has told, that Bayajabai was related to him, from several past births. He was treated as a family member by the Bayajabai’s family, and they would affectionately serve food to him, and took utmost care on him.
Tatya fondly call Baba as “UNCLE”. Both of them played like a child, and baba used to carry him on his shoulders. This act was continued, even when Tatya was grown up into a young man. Tatya was a kind man who never hated baba at any circumstances in his life. He believed that baba was a divine saviour who has come to this earth, to remove the sufferings of the people, and to give all kinds of prosperity to them.
He used to stay with Baba in the Dwarakamai at night, and ask several questions about god, and about spirituality, and baba would kindly answer to all of his questions in a simple manner.
He also received money from Baba, and spent the money towards providing food to the poor people. He lived his life by doing farming activity. He has been safeguarded from several problems in his life through the grace of Saibaba.
​Due to the grace of Baba, he has got extension of his life by 27 years after Baba’s Mahasamadhi. His Samadhi is located near Sri Sai Baba Sansthan. ​Even now, Sai devotees are visiting his holy Samadhi and worshipping him, and getting relieved from their problems.
Let us worship the holy soul and be blessed.
“OM SRI TATYA KOTE PATIL NAMAHA”
“JAI SAI RAM”
WRITTEN BY
R.HARISHANKAR