It is believed that stimulating the body’s natural self-curative abilities through the skilful application of fingers, by pressing key healing points, many ailments could be cured. This idea developed in Asia over 5000 years ago. This methodology of self-treatment is called Acupressure.

Therapeutic Acupressure relieves pain, detoxifies body, generates health and beauty, tones facial/back muscles, and enhances sexual reproductive system. It ideally releases tension and aids in circulation. This method of treatment boosts the immune system and helps in developing a vibrant health and spiritual cycle inside the body. Beside Acupressure, Acupuncture also zeroes in on the same pressure points, but Acupuncture deploys puncturing through needles instead of application of finger pressure. 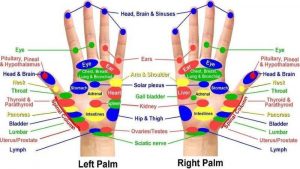 How does Acupressure work?

Application of a certain degree of pressure through the usage of fingers or thumb triggers endorphin release. Endorphins are chemicals produced by the body that alleviate pain. The sudden outburst of endorphin enhances the reach of Oxygen to the pain affected areas of the body, thereby relaxing and healing the muscles. Acupressure also aims at holistic healing instead of merely treating the symptoms.

Ways to Use Acupressure

Acupressure used for treatment of different ailments are described as follows –

Healing Trauma & Emotional Pain: The relaxation of muscular and nervous system of the body, through Acupressure helps our physiology to fortify itself from trauma and emotional pain.

Addictions: Addictions and ill habits can be dealt with by the effective usage of therapeutic Acupressure.

Rhythmic and cyclic application of pressure for stimulating certain identified points for a specified period of time is essentially the toolset of Acupressure Therapy. Certain variation of this therapy applies a combination of pressure deployment. The different types of Acupressure Therapy such as Jin Shin Acupressure, Shiatsu Therapy, Tuina Chinese Massage and Thai Massage enhance the healing process of the body by various combinations of pressure points. For instance, Japanese Acupressure stimulates Qi (“key”) healing energy through various body movements.

What should one expect on a visit to a practitioner?

45 to 90 minutes is the ideal time-span of a typical Acupressure session. At various intervals, the practitioner may employ various rhythms and pressures which manipulate over the same Acupressure points. The Acupressure sessions should be ideally accompanied with comfortable and loose fitting clothes and through breathing exercises. Visualization and aided imagery along with Acupressure massages accelerate the therapeutic endeavor.