In: Astrology, Vedic Sciences
With: 0 Comments 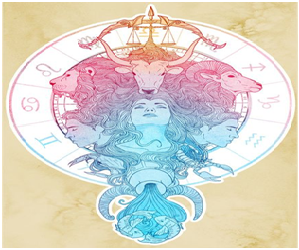 Astrology is based on our past birth karmas also. Whatever we see in our astrological predictions, may or may not happen in our life, since god only knows about our entire astrology. Some People would spoil their lives by depending on the astrology itself. Some progressive minded people would not at all rely on astrology. They would depend only on their hard work and abilities. In case of marriages, most of the people would go through the horoscopes of the boys and the girls, and then only would proceed further. In some cases, even if the boy and girl like each other, due to some problems in astrology, their parents would not prefer to perform marriage for them.

Lord Brahma is considered as the forefather of astrologers, since he is the one who is putting the fate on our heads, and based on that only, our horoscope would appear. It is believed, that even in case of some divine devas, if their astrological positions are not favourable, then they would also have to suffer. The sons of Lord Kubera, Nalakuvara and Manigriva, had suffered from a curse from a sage, and due to that, they have transformed into trees, and they got relieved from their curse, only from the hands of Child Krishna, during the previous Dwapara Yuga. This bad incident was happened in their lives, due to their bad fate, that is due to their bad planetary positions in their astrology.

The great Bhakta Prahalada, even after he was crowned as a King by Lord Brahma, as per the orders of Lord Narasimha, was defeated by his cousin Andhaka, and only after a few years, he was able to win him, and got back his kingdom from him. This was happened to him due to his bad planetary positions in his astrology. If the divine people itself suffers from their bad planetary positions, then what about us?

Hence instead of fully relying on the astrology, let us also do some kind of puja, abhishekham to the deities regularly, and also we must have to do our day to day duties properly, and let us chant the sweet names of the deities and be blessed.