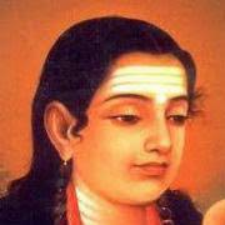 Akka Mahadevi (12th century AD) was an influential Kannada poet and female Saint, and she was the main person in the  Lingayat  sect of Hinduism, and she was a staunch devotee of Lord Shiva. She was born in a village in Karnataka, and she considered Sri Basavanna as her Spiritual Guru, and lived her life as per his valuable teachings. The poems composed by her are called as Vachanas, a type of divine poems, which were written by her in a mesmerizing manner, and those who listen to her poems would feel like drinking the divine nectar directly from the
heaven. Similar to the female Nayanmar Saints, Mangaiyarkarasiyar and Karaikalammaiyar, she showed her utmost bhakti on Lord Shiva, and she has spent many sleepless nights by keeping her divine thoughts on him. Similar to some Yoginis, she didn’t wear any dress on her body, but her body was covered with full of well grown hair due
to the grace of Lord Shiva. Her wonderful poems received good response from the then kings, scholars and the general public, and it is still praised for its attractive features.
Ma Akka MahaDevi is considered to be an aspect of Ma Shakti Devi, and since she lived a saintly life, those who live a normal life style, and those who want to live a pious life, can worship her, in order to get rid from their worldly bondage’s.
Some of the beautiful contents present in her Excellent poems are as follows:-
Like the tiny insects which build their home for a comfortable living, I am also built a home for Lord Shiva in my soul to live peacefully. Similar to the swan which removes the water from the milk, we also must remove the dirt from our mind, and must purify it by chanting the holy names of Lord Shiva. If your mind is pure, then you would be able to see even the bad things as good things.

I would be able to live in this world, only if I sing songs in praise of Lord Shiva, since Lord Shiva is everything for me.I am not afraid of anyone in this world, since I am always well protected by Lord Shiva. Whatever pain I may suffer, but I want to climb up the Holy Hill of Lord Shiva, the Mountain Kailash,and I want to dwell with him.
If you feel that the Lord is with you, then he would surely stay with you, or else, if you doubt his presence, then he will leave you alone.

Oh Lord Shiva! The Lord of Mountain Kailash and the consort of Ma Parvati, I am getting mesmerized whenever I recite your names, I want to always sanctify you, praise you and sing songs on you.
Oh Lord Shiva! Though you contain supreme powers, you wear the snakes as garlands, wears the tiger skin on your waist, and you contain matted hair, and your body is smeared with full of sacred ash, yet you look very beautiful, and I want at least one thousand eyes in order to see your divine appearance fully.

Like the deer becoming the prey of the wild animals, I have become your prey, and I am dedicating my entire body and soul to you.
Oh Lord Shiva, my entire thoughts are focused only on you, you only, and I am seeing your face
on the faces of all of your creations, since I am considering you as my Divine father.
Oh Lord Shiva, I cannot live even for a single second, without worshiping you.
Oh Lord Shiva, I am feeling jealous of Ma Parvati, since she resides with you permanently.
Oh Lord Shiva, you are my master, and I am your obedient servant, and I want to always live at your
holy feet.
“OM NAMAH SHIVAYA”
WRITTEN BY
R.HARISHANKAR