In: Engineering and Technology, Vedic Sciences
With: 0 Comments

Quality of housing is a measure of development of early civilizations. Sanskrit literature has several references to planning and construction of buildings – residential, royal, military and religious. The Atharva–veda, in the ‘Shala-nimrana-sukta’ and the ‘Shala-sukta’, contains several hymns on permanent constructions. That is how far we go back in terms of house construction. 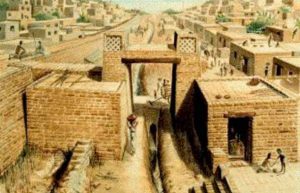 In this segment, some examples are given on the different stages of construction, from testing the soil to erecting pillars.

Translated as – First test the earth (site); after that plan the construction.

Translated as – Land with anthills, skeletons, full of pits and craters should be avoided. 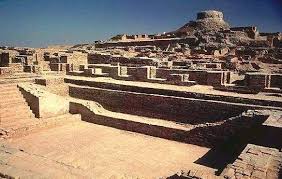 Translated as – After examining the color, smell, taste, shape, sound and touch (of the soil) buy the best material as found suitable.

Translated as – Till water is seen there, (one) should dig the ground.

Translated as – It (soil) should be tested by digging a pit of 1 arm length and refilling it (with the same soil). If (soil is) more, one will beget prosperity; if short, one will beget loss; if equal, it is normal.

If some soil is left after filling the pit (in digging of which the soil was found), it shows the scope for compaction of the sand and such a soil is considered desirable. This testing procedure mentioned in the 5th Century BCE text is in vogue to this day.

(The making of bricks)

Translated as – Salty, off-white, black and smooth, red and granulated, these are the four kinds of clay.

Translated as – Clay suitable for making bricks and tiles must be free from gravel, pebbles, roots and bones and must be soft to touch.

Translated as – Then fill the clods of clay in knee-deep water; then having mixed, pound with the feet forty times repeatedly.

Translated as – After soaking in the sap of fig, kadamba, mango, abhaya and aksha and also in the water of myrobalan for three months, pound (the clay)

Translated as – These (bricks) are in four, five, six and eight unit (widths) and twice that in length. Their depth in the middle and in the two ends (is) one fourth or one-third the width. Again these bricks should normally be dried and baked.

Translated as – The experts, only after one, two, three or four months, again throwing (the baked bricks) in water, and extracting (them) from the water with effort, (will put the brick to use).

*Molasses – A thick treacle that drains from sugar

Translated as – There should be 10 parts of myrobalan*. Coconut two parts, honey one part. Three parts plantain are desired.

*Myrobalan – The astringent fruit of certain Indian mountain species of Terminalia (combretaceae): a variety of Plum

Translated as – In the powder (thus) obtained, 1/10th lime should be added. Larger quantity than others of molasses, curd and milk is best.

Translated as – Now in the powder (thus) obtained, grow one in hundred parts. It (the compound) is said by leading thinkers who know the technology as rocklike.

When there is a central tenon* (with a width) a third (that of the pillar) and a length twice or two and half time its width, this is Mesayuddha (mortise* and tenon) assembly.

*Tenon – The projection at the end of a piece of wood etc.

*Mortise – A hole to receive a tenon.

Translated as – In the Trikhanda assembly, there are three mortises and three tenons arranged as a Swastika, The assembly called Saubhadra comprises four peripheral tenons.

Translated as – An assembly is called Ardhapani (scarf joint) when half the lower and half the upper pieces are cut to size according to the thickness chosen (for the pillar).

Translated as – When there is a semicircular section tenon at the centre, the assembly is called Mahavrtta, the well advised man employs this for circular section pillars.

sam pad am padam I

Translated as – The assembling of (the different parts of) a pillar should be done below the middle and any assembling done above will be a source of accident; (however) the assembly which brings together the bell-capital and the abacus gives the certainty of success. When a stone pillar, with its decoration, (is to be assembled) this should be done according to the specific case.

Translated as – It should be known that the assembling of the vertical pieces is done according to the disposition of the different parts of the tree; if the bottom is above and the top is below, all chance of success is lost.

The ruins of Harappa contributed to a hundred mile railway line between Multan and Lahore in the nineteenth century. The British dug up Harappa for its bricks, which they used as ballast on the rail bed. The bricks speak a story greater than ballast. The Harappans learned to exploit the annual flooding of their farmland to grow crops without need for plowing, fertilization, or irrigation. To do so they had to control the flooding with flood walls, so they developed kiln fired bricks, less permeable to rain and floodwater than mud bricks. Harappan bricks contain no straw or binding material and are still in usable shape after five thousand years.

In Kodangai in Tamilnadu in South India, there is a temple for the god named Aavudayar. In that temple, you can see a rock ground finely like a sheet of paper. This temple is another evidence of not only the skills but also the tools that people had years ago in temple construction.