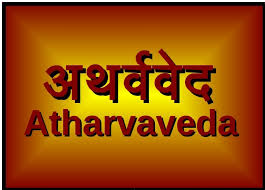 It is to be noted that for studying the precise date of the Vedas, the earlier parts of the work is mostly referred.

Based on the premise of the ‘Aryan Invasion’, the Harappan 3500 BCE marked the beginning of the settlement. The alien invaders had to settle down in the new location, imbibe the local milieu and produce their literature – the Vedas. This easily could warrant two millennia.

Therefore, it was surmised, reasonably, that the Vedas were ‘revealed’ in 1500 BCE, give or take 500 years. In addition to Indologists like Max Muller, respected historians like A.L. Basham have gone by this 1500 BCE as the age of the Vedas and by implication the Vedic Civilization.

Vedas and the Harappan Civilization

Young students of Sanskrit are always cautioned against ‘Dooranvayam’ – the practice of bringing together two words, which are not adjacent to each other to obtain a (desired) meaning. This principle of simplicity in construct is relevant in reconstruction/theorizing on history. The Harappan civilization and the Vedas, both of which were found in the Gangetic plains, have been linked through a Central Asian tribe. The Aryan Invasion theory was a stretched imagination of what could have happened 3500 years ago. Fortunately, the discovery of ‘Saraswati’ has undone this fiction.

From the date of the civilization to that of its literature – the Vedas, in all fairness, one question need be raised and answered. The question is – Whether the Vedas were produced during the Harappan days or after the southwestward migration.

Following the method of the ancient preceptors, the case can be examined in the following manner:-

First look at the possibility of the ‘Poorva-paksha’, the anti-thesis. For instance, let us assume that the Vedas were produced not during the Harappan days, but during the post Harappan days, which would let the dating of the Vedas at 1500 BCE. This would occur despite the invalidation of the Aryan Invasion theory.

Again, if we assume, for a moment, that the Vedas had been composed in 1500 BCE, from then on till 500 BCE (the recorded advent of Buddhism), the following events had to be filled in

Thousand years is too small a period to fit in all these epochal events. The period from the Ramayana to the Mahabharata itself is estimated to be thousand years. Therefore, it stands to reason that at least the early parts of the Vedic literature would have been composed on the banks of the river Saraswati, prior to the migration. One date we can put on the Vedas is that they were certainly produced earlier to 3500 BCE.

If the Vedas had been composed on the banks of the river Saraswati, we still need answer to the question; at what stage would the composition have taken place. In the Rig-veda-samhita, the oldest part of the Vedic literature, there is reference to Saraswati.

Translated as – Pure in her course from the mountains to the ocean, alone of streams Saraswati hath listened.

The mighty Saraswati River and its civilization are referred to in the Rig-veda more than fifty times. It stands to reason that Saraswati acquired this state of reverence during its hay days and not after it started drying.

Mahabharata to the Vedas

The period of Mahabharata is established with a fair degree of certainty at 3000 BCE. From the Mahabharata to the Vedas we can work back through –

In the Mahabharata, the genealogy of kings upto Dharmaputra (the eldest of the Pandavas) is listed. Considering the period of Mahabharata as 3000 BCE, we can reach the period of Ramayana, the beginning of the Puranic period and from thereon to the Vedic period.

The Brihadaranyaka–upanishad talks of a lineage of 60 teachers from the Upanishadic period to Mahabharata.

The Rishis and teachers fought but mental battles and therefore enjoyed much longer tenures than the poor kings who provided them their patronage.

Since the Upanishads came into being 1000 years after the Samhitas, for the Samhita part of the Vedas, we reach a date of 6000 BCE.

Independent of history, astronomy can help place events of great vintage, specific to even a day, depending upon the uniqueness of the astronomical marker used.

To reach any kind of conclusion on the basis of astronomical evidence, the event should be so unique that the conjunction of planets described should not be capable of occurring over a span of four thousand years, as the range of time within which the Vedic period is debated is truly that long.

There are multiple astronomical markers which answer this requirement of uniqueness which place the Vedas at 6000 BCE or earlier.

Weighing the evidence on hand, 6000 BCE or earlier is the date that one is able to place on Vedic literature. Without underestimating the antiquity of the Vedas, an attempt has been made to approach this delicate task objectively, by understanding it in an easy-to-fathom fashion.

When you are trying to figure out ‘what happened when, thousands of years ago’, one mistake that you could make is to imagine that you have got it right this time. New evidences would be found; there would be more appropriate interpretations of new and existing evidences. The only thing that we can aspire for is to sift the available data and reach fair conclusions, which we have attempted.

Traditionally, the Vedas are believed to be of divine origin and also eternal, which would suggest that the Vedas have been there since the birth of the present universe. The traditional belief as to the age of the universe (43, 20,000 years) happens to match with current ‘scientific understanding’ as well.

The law givers – Manu and Kautilya

Inequality of birth was given religious sanction, and the lot of the humble was generally hard. Yet our overall impression is that in no other part of the ancient world were the relations of man and man, and of man and the state, so fair and humane. In no other early civilization were slaves so few in number and in no other ancient law-book are their rights so well protected as in the Arthasastra. No other ancient lawgiver proclaimed such noble ideals of fair play in battle as did Manu. In all her history of warfare, Hindu India has few tales to tell of cities put to the sword or of the massacre of non-combatants. To us the most striking feature of ancient Indian civilization is its humanity.