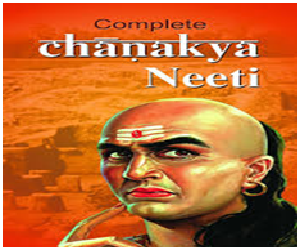 Chanakya was a highly knowledgeable person and he served as a minister to Chandragupta. He was also called as Kautilya, and he is well known for his cleverness and he is the one, who has written the popular political text the Arthashastra, during 3rd century BC. He is a great scholar and was an expert in all kinds of arts, and he lived in the present day Patna at Bihar. He contains very good qualities, and he was praised by the kings as the “UNIVERSAL GURU”, during his period.

Through his valuable advices, the Maurya Empire flourished.  Chanakya fondly served to Chandragupta and his son Bindusara.

The Chanakya Neethi also known as his valuable teachings are as follows: