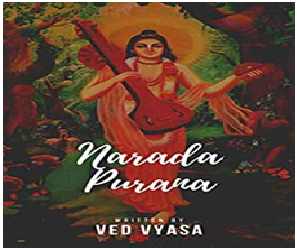 The Padma Purana is one of the eighteen Puranas, and similar to other puranas, this purana was written by Sri Veda Vyasa. It is considered as an extension of Brahma Purana, and in this purana, the creation of Brahma from the navel of Lord Vishnu, and his divine seat Lotus flower, also called as Padmam is mentioned.

In this Purna, the divine qualities of Veda Mata Gayatri, consort of Lord Brahma is mentioned. Among the several mantras, Gayatri Mantra is considered as very popular mantra. She dwells in Gayatri mantra, and gives us good prospects in our life, if we sincere chant the mantra as a regular practice.

This mantra is usually recited by the Brahmins and also by some sects of Hindu community people, who wears the sacred thread. Avani Avittam festival is very famous for Brahmins, and during the next day of Avani Avittam, Gayatri Japam, must be recited for at least 1000 times. Gayatri Devi is also believed to be an incarnation of Mata Parvati and Mata Lakshmi Devi, and she can be worshipped as our beloved mother goddess. She would give us wisdom, courage and boldness, and she would purify our soul. Being the holy mother of the entire universe, she treats us in a nice manner, and would forgive our mistakes and make us to lead a peaceful and prosperous life.

Apart from Lord Brahma and Mata Gayatri, in this Purana, the importance of chastity is mentioned. Ancient holy queens, Rishi Pathnies and Sanyasinis followed chastity and holiness throughout their life. Due to that, they got great spiritual powers, similar to sages, and they are considered as worshipful mother goddesses. Mata Anusuya, consort of Sage Atri, was worshipped by the powerful Trimurties and Tridevis, due to her chastity and purity.

The great Kannada poet and Lingayat Saint, Mata Akka Mahadevi, has dedicated her life in worshipping Lord Shiva, and due to that, she has attained salvation after her death. Ancient chaste woman have great powers, and they are able to curse anyone, if anyone approaches them in a wrong manner.

By reading this Padma Purna, our mind would be purified, our diseases would disappear from our body, and we would not get bad thoughts in our mind.