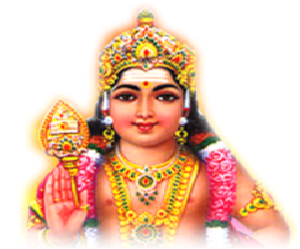 The Skanda Purana is one of the eighteen Puranas, and it contains the details of Lord Skanda, who is the son of Lord Shiva and Mata Parvati. The text is considered as very holy by the Kaumara sects of people, who worship Lord Muruga as their chief god. This text describes his war with the demons such as Surapadman, and about his wonderful miracles performed in the life of his devotees, and it also mentions about his brother Vinayaka, and about his parents Shiva and Parvati.

Lord Skanda is also called as Muruga, Kumara, Vadivela, Senthil Andava and by various other names, is worshipped mainly by the Tamil speaking people. His six main temples are situated in Tamil Nadu, and they are considered as very sacred temples of Lord Muruga. In this Purana, his marriage with Valli and Devasena is also mentioned, and this famous Purana was written by the great sage Sri Veda Vyasa and Lord Murugan’s vehicle is the divine peacock.

Skanda Purana contains lot of bhakti stories about the devotees of Lord Muruga. Muruga was born from the third eye spark of Lord Shiva, and hence he is considered as an aspect of Lord Shiva. Muruga is worshipped in foreign countries also, and especially he is worshipped in Singapore and Malaysia, and during the times of festivals such as Skanda Shasti, Panguni Uthiram and Vaikasi Visakam, devotees would pierce Vel in their mouth, as well in their body, in order to express their devotion on Lord Muruga.

Muruga is considered as a god of victory, who gives wisdom, courage and knowledge, and would be with us throughout our life, based on our sincere devotion on him. By reading Kanda Shasti Kavasam and Muruga Purana, and by chanting his names, he would heal our diseases, and gives good physical and mental strength to us. We can promote “MURUGA BHAKTI” amongst the people, in order to make the entire universe to prosper. Apart from worshipping Lord Muruga, we can also worship his divine attendants Veerabaghu and Idumban, in order to get all kinds of prosperities in our life.